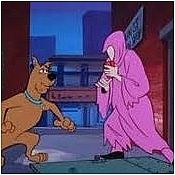 Corp.joycity.com
“Mobile games are P2W”
Pirates of the caribbean. Played for about half a month. Spend about 40 dollars and then a guy who joins few days later spends over two thousand dollars and attacks everyone ruins the game once he joins a clan/guild. Game of Dice, has strange outrageous pricing and that after they say they marked it on discount. Something is worth 599.99 dollars on discrount for 99.99 dollars. This game has very bad pricing for no reason. But you can't really put a price tag on digital content, but you can compare every other game out there for average pricing.

3 stars for game of dice since it is still enjoyable but every other game is not as good.
Helpful (0)
Thank you
PlayStation
“I bought a lemon, and have few other problems”
Almost a year my console start freezing and crashing. At least it is under warranty, but you have to go through a process before requesting a repair. I got a usb to save games on but the 256gb turned out to only be a 248.9 and ps4 does not allow you to save games to anything unless it is 250gb plus on storage. So i wasted 30 bucks. Now lets get to refund request. If your game is out right buggy sony/playstation will tell you to contact the company who made the game. Three things can happen, First, company rudely ignores your request never responding, Second being they will tell you that they are improving the performance of the game soon which never gets fixed, Third, they tell you playstation has to give the refund not them, they don't keep track of purchases etc (happened recently to me). Playstation support will not help at all. They could at least get in contract with the company and ask why they are ignoring the costumer etc. Unless playstation is ignoring you or lies to make 14 days past so they don't have to give a refund. But why would they do that? Also i got an email about an auto renew ps plus, but i just checked out settings and the auto renew is not checked.

Other than that i love the games spider man, and red dead. That's why i didn't go below two stars. Just hope the ps5 has a better dashboard and overall better performance. I might come back and give a more positive review if it does.
Helpful (0)
Thank you
Rockstar Games
“Single players are usally good, but multiplayer kind of not at the start of new games.”
I love multiplayer parts of games. Few times i like playing single player campaigns in games. GTAV started out very bad for multiplayer. Took many years and now it is good now. Sadly they released Red dead redemption 2. Waited until multiplayer came out to play itand it was just plain bad. It is not worth 60 dollars if you only buy it for multiplayer. After about 7+ months we had a great update for red dead and made new friends during this new content. So i would say rockstar games multiplayer tend to start out bad and takes about 8 years to get really good. They tend to get money greedy at times, but most other game companies are the same way. At least rockstar does not put everything behind a loot box like most games. When the license term to make star wars games come up after EA term is done, i hope rockstar buys it. With their great open world maps i think they make a great star wars game.

For the star rating, minus one since they tend to release content slow at times. Can't wait to see future content and new games like gta 6. This company is great. Kind of wondering what this bully 2 game is coming out. Since in schools and tv shows, commercials say to stop bullying and to stick up for each other.
Helpful (0)
Thank you
Roblox
“Was fun when i was younger, to many hackers when i used to play it.”
Have not played for 2 years so some things could have changed. But one guy who made a one piece game and closed it for a 3 month wait update wasting so many vip server paid for was banned. I never heard of any hackers getting banned. A lot of game are based of other video games and anime etc. Liked pokemon, was really fun, and then nintendo shows up and shuts all those games down. Roblox should of seen something like that happening and should not allow certain games to be published on roblox. Had so many hours in those pokemon games and was very sad to see them go.: ( Hackers ruin games, but they are mostly in pvp games, so non pvp games you are good, like shark bite or titanic simulator (which is a role playing game and it was fun to chat and watch a boat sink). When i was younger i would have gave this four stars but i would have to give it two stars since hackers in jail break, one piece games, poor support, hackers trying to steal your account. So not kid friendly.

IF your kid is going to play roblox games, don't play ones that say Free Robux. Roblox does a good job at shutting them down as soon as possible. Don't copy any links users might tape in the ingame chat. Activate two step verification. I had a few emails 3 months apart of someone requesting a password change. Only reason i'm leaving this review, because those emails reminded me that i did play robox.
Helpful (1)
Thank you

Object hasn’t received any thanks yous.

Object doesn’t have any fans yet.

Object isn’t following anybody yet.

If you are an uninformed mother like myself whos child plays fortnite beware! Sony PlayStation...

I hope you will end this strange practice to transfer PS exclusives to PC. It deprives your users...