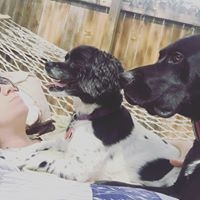 Cheapnikeoutletsale
“Don't Do It”
My daughter sent me a link to order her shoes and I failed to realize this was a sketchy company out of China. I started an order for Nike shoes and before confirming my final purchase of $92.99(but after inputting my credit card), the site errored out, leading me to believe the order cancelled. I received a fraud alert from my credit card noting a charge of $103 and was able to trace it back to this despite never receiving a confirmation email. In trying to cancel the transaction with the company, there was no progress- with someone continuing to respond to EVERY inquiry with "Why do you want to cancel" despite the email trail of explanation. I finally proceeded with a dispute claim with the credit card company. I also had mysterious other charges from a China company days after this one that were luckily declined by credit card. Do not use them, very sketchy and you'll spend lots of time trying to unwind your mistake.
Helpful (0)
Thank you

Nicole hasn’t received any thanks yous.

I made an order on the site http: //www.cheapnikeoutletsale.com for the amount of 153.47 USD, but...