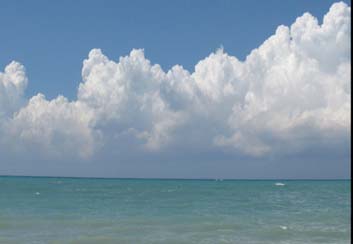 CedarPC
“CedarPC is not, for the most part, a store to purchase...”

CedarPC is not, for the most part, a store to purchase brand new electronics. There are some exceptions. If it is clearly stated that the product is New. I mean, NEW. Not, New Open Box; not, like New; not, New with blemishes; not; New followed by any other word. NEW, preferably capitalized. The new stuff can be purchased with confidence. The refurbished items are ridiculous and makes the company look like they are just trying to turn a broken electronic item into cash. That being said, purchasing refurbished items from CedarPC doesn't have to remind you of Russian Roulette. The company's refurbished, and manufacturer refurbished laptops, desktops and all-in-ones are almost always on point. Be careful though, some have Ubuntu running instead of Windows. The monitors are hit or miss, but carry a strong batting average. Most of the monitors sold are above average, but some are just inexcusable to be sold to the public. Stay away from anything that says new open box, that isn't a laptop, desktop or all-in-one. I haven't checked their inventory in a while, the last time I did I remember they were starting to move tablets. I would guess that these would also be safe to buy from them, just as the laptops, desktops and all-in-ones. They are out to make money, do not get it twisted. They are trying to get paid. I can't blame them. They are not for everyone! They are for that specific niche electronics consumer that is looking for a deal, without sacrificing too much quality and having a person to talk to if/when things need to be discussed. He won't complain if it's scratched, if the power cord supplied is a little short and isn't from the manufacturer. In a worst case scenario it's a company in the Mid-Atlantic United States, not a warehouse in India, Hanoi or Saigon. The customers that can understand that, will appreciate the website and business. If you aren't one of those customers I described then please just buy a new computer from Best Buy. Whoever the customer may be, do not buy their New Open Box, like new, almost new, slightly used, anything refurbished that isn't a CPU (unless manufacturer refurbished), anything electronics item that doesn't say straight up "NEW" do not waste your time with. They are not customer service award winners, but they try. They give a good attempt at trying to care, but there seems to be an underlying agenda everyday; make as much money as possible. I enjoy this place, it is what it is. If you don't know how to shop here, most purchases are an almost guaranteed stress attack.

Cedarpc website is very good looking, easy to find out desired laptops. I was introduced by one...

Great! I have bought a laptop there and they give me 5% discount. The service is very good and...