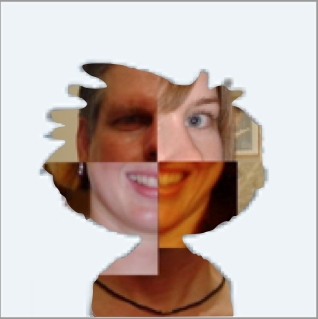 As stated on its website, it "holds one of the world's most important collections of art from the countries and cultures of the Himalayas, including Tibet, Nepal, Mongolia, and Bhutan. The museum's exhibitions also include works from the larger Himalayan cultural sphere, such as India, Pakistan, China, Central Asia, and Southeast Asia."

The museum's programming includes, in addition to its exhibitions, "opportunities for cross-cultural exploration through films, talks, music, and dance. Interactive educational resources, such as scavenger hunts, artifacts, and computer terminals, can be found on each gallery floor."

It also offers a very impressive collection of books published in accompaniment with past exhibitions, including Mandala: Sacred Circle in Tibetan Buddhism, I See No Stranger: Early Sikh Art and Devotion, Victorious Ones: Jain Images of Perfection, Worlds of Transformation: Tibetan Art of Wisdom and Compassion, The Flying Mystics of Tibetan Buddhism, Female Buddhas: Women of Enlightenment in Tibetan Mystical Art, and Bon: The Magic Word: The Indigenous Religion of Tibet.

Whenever I get an email that wants me to forward it to everyone in my address book, I copy a unique phrase from the text of the message and head straight to snopes.com and paste it in the search field.

Never, ever, in many years, has it not been a hoax. Or, let me say it this way: it has ALWAYS been a hoax.

I also check with snopes.com whenever I get a message or read of something that seems dubious, apocryphal or somehow "too good or too bad to be true." These have also almost always turned out to be hoaxes and urban legends.

So, dear reader, I recommend snopes.com to you, but, for all of its practical value to internet culture, I'm afraid I have to temper my recommendation just a wee bit -- it is rife with obnoxious flashing and frenetic animated ads and even popups. So on that account, be warned.

Moonalice invented Twittercast concerts, free broadcasts over social networks. (If you tweet, just follow @moonalice and check #moonalice while you're at it.)

On Sunday, June 20, my wife and I went to a free Moonalice concert in Pacific Grove, CA. It was the first time I'd ever heard them -- I'm ashamed to admit I hadn't heard of them until a couple of days before -- but I took to them immediately. They are very personable performers and excellent musicians. The entire concert was streamed live over the internet. (They have 5 or so video cameras on tripods as part of their set up.)

In addition to the concerts they play, all of their music is available for free download and free streaming on their website. This includes all the music recorded from numerous of their Twittercast gigs. (Just click the "Music" link.)

A memorable moment for me was during the time they were setting up before the concert when my youngest daughter called me on my mobile phone to wish me Happy Fathers' Day. I told her the URL for the concert videocast (http://moonalicetv.com) and she was able to see me waving to her as I stood before one of the video cameras.

Heck, it's still early, lotsa you SiteJabber users could sent your fathers a Fathers' Day card too! (Actually, they don't have strictly Fathers' Day cards, just lotsa great art that can be sent as e-cards with your hand-written (so to speak) message. Go for it!

Nelson hasn’t received any thanks yous.

When people don't investigate memes before they repost, and end up re-posting lies, there only...