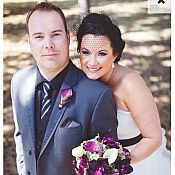 Roku
“Roku Canada”
My wife and I decided to get in on a great boxing day sale at Costco, we have a Samsung smart tv that we are very happy with from Costco. Now thinking that it would be the same set up as our current tv, we brought the tv home to setup, only to be informed that we have to pay to activate...this wasn't a terrible idea, as we thought it would be a quality service...we were wrong. I would say 75% of the channels only work in the US, and the Roku channel wasn't working. We called multiple times to report problems, and were told each time it was being worked on. The issue was never fixed...we returned both units to Costco. When we called to have our money refunded, they told us it was non refundable...after a heated conversation, they tried to blame us for not reporting the issue. Eventually they refunded our money. Dont buy a roku tv, as all other tv's dont have hidden fees for their service

Probably my worst experience in a very long time with a company. Wont ever buy a roku tv...stick to the big providers..
Helpful (0)
Thank you

I bought a ROKU tv about a year and half ago, and all of sudden half of channels that I have...

I have never experienced any kind of scam like this before I have been bumped back and forth...