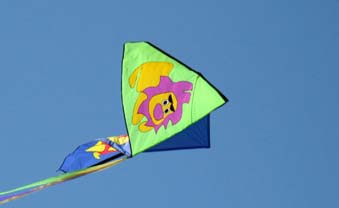 Beds.co.uk
“No customer or after sales service whatsoever.”
I believe the true test of a company is how it reacts when things go wrong. Using that benchmark and my experience I would avoid this company at all costs. Failed delivery, disinterested manager, rude manager, numerous broken promises all amount to non existent customer service.
After 9 days of waiting for a call back flagged as urgent and promised without fail within 24 hours, I gave up and sent the email detailed below. Surprise, surprise no response as yet.

"I have been given this email address to detail the dreadful experience I have had with an order and the subsequent problems and shockingly poor customer service we have experienced.

I will attempt to detail everything but it is difficult to express in writing just how dreadful this experience has been and how let down and upset we feel.

Its was my sons birthday 18th birthday on 31st jan and his big wish was for his first double bed.

Having found a bed that fit the bill on your website I rang to check it was in stock and also check you could deliver on the day of his birthday, so it would be a surprise for him. I was assured you had stock and delivery on the day was all part of the service. My wife called the following day and placed the order again explaining the exact requirements and all was confirmed as being in place. This was some two weeks ahead of the big day so we sat back and relaxed safe in the knowledge that everything was arranged. On Tuesday 30th Jan we received emails telling us our delivery would be with us after 1pm on the 31st, all was good.

Sadly that was something of a false dawn and things went rapidly downhill from there.

I called your customer service number and after waiting for a considerable time spoke to a young lady and explained the situation, the fact the alternatives were not suitable and the lengths we had gone to to ensure this order would happen as our sons 18th birthday surprise and that it would appear our sons birthday surprise was about to be ruined. She listened intently and was clearly shocked at what had happened and said she couldnt sort the problem but that she would pass me to her manager who had the authority to sort this out.

I was connected to Adam who told me he was the manager of the aftersales team. My experience with Adam was without doubt the worst experience I have ever had when speaking to a company over the phone. I am told you record your calls, I would suggest you review the call. From the beginning of the call he sounded as if he was annoyed that he was having to speak to me and made no secret of the fact that he felt I was being unreasonable in being so upset at being let down by the company. Across a very long conversation he didnt at any point appear to understand why I was upset or empathise with us and had no grasp of why my son might be upset too. He suggested my only options were to wait for the bed to come in, despite having no idea when this would be, take one of the alternatives, despite them not being suitable or have a refund. I pointed out the flaws in each option and Adam then went into t&c mode. Rather than trying to be creative with a solution and make me feel understood and valued he started quoting terms and conditions. Not exactly what I expected. At one point I asked him how he would feel in my shoes, he didnt want to answer that one. He then asked me 'what do you expect me to do? What would you do?'

I suggested I would do all in my power to get a white bed delivered as per the contract, even if this meant sourcing one from another supplier, I would do everything to fulfill my companies promise to the customer. His response was to tell me and I paraphrase here, 'well thats not going to happen'. He then followed to suggest that my wife was perfectly happy when he spoke to her and suggest I was over reacting. This is my wife who was in tears and too upset to speak to anybody about it. I asked Adam to explain how my bed could go from being confirmed as in stock and reserved for delivery to unavailable and why it was only discovered at 3pm the day before leaving us no time to source a replacement. He told me there was a problem with the bed, in fact with all the beds of that type and it was only discovered when loading them. He also stressed i wasnt the only one affected suggesting this should make me feel better. When i queried how this set of circumstances could occur he then said the lack of stock was actually a human error, when i pointed out that he was changing his story on the hoof he suggested it was me who had got it wrong, im sure the call recording will show me to be correct, so much for 'the customer is always right'. After hitting my head against the brickwall of indifference that was Adam for around 30 minutes I gave up and asked to speak to a more senior person. To be told there wasnt one!!!! I didnt believe this and persisted until Adam said, 'there is the resolutions team, but thats only for when there are problems', I laughed at this point and pointed out that we most certainly 'had a problem'. Reluctantly Adam agreed to pass our case to resolutions and said I would be called within 24 hours.

I waited 8 days with no contact so called yesterday to find out what was going on. I had to detail the situation again and the very apologetic representative said she could totally understand how let down I felt and that she couldnt understand how any of this could have happened. She promised me a call back that same day, without fail.

Here I am a day later with still no call.

This whole experience has been dreadful. You originally got it very wrong and badly impacted upon a very important family occasion. The service since that point has compounded the original problem and frankly multiplied it massively through a liturgy of disinterest and false promises.

I believe mistakes happen and that a company is judged on how it responds to mistakes. Sadly your companies response leaves a great deal to be desired.

I would still like to speak to somebody about this and I very much welcome your observations and suggestions for a resolution to this dreadful situation."
Helpful (5)
Thank you

Ordered a bed on 14th May for delivery on 22nd May. Received email on 21st spouting Covid 19 blah...

Bought a dual spring memory foam mattress for my son, £109 with free delivery. I then get...