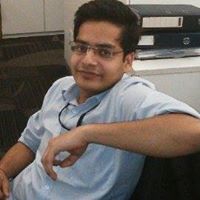 Tour Travel World
6.1K Views
“I wanted to include the most popular clubs and bars that are open 24X7.”

A tour and travel guide in a travel agency is important; therefore, I decided to build up a travel directory of tourist destinations in Goa. In that, I wanted to include the most popular clubs and bars that are open 24X7.

For this, TourTravelWorld.com stood as number one service provider for my travel guide and website. I approached the executives and kept my points in front of them to which they gave a full surety of succeeding. Without giving a second thought, I availed their service and later realized that Ive done a mistake.

After they prepared the guide, only the beaches were mentioned! Such an irresponsible attitude made me furious and I called that executive and told what crap theyve done. He immediately checked the file and apologized for it. Charging no extra money, the whole content was revised by them and delivered in 3 days.

Thanks for the taking time to review at tourtravelworld.

RealEstateIndia.com
3.7K Views
“I did the same and surprisingly got revert from REI, an email followed by a phone call.”

I shifted from Punjab to Delhi for my job and was looking for a house on rent. Seeking a house on rent in Delhi is a task that squeezes everything out of an individual.

A friend of mine told me that I should create a profile on RealEstateIndia.com so that updates are received on daily basis. I did the same and side by side I was searching for houses on rent too. Being from Punjab, completely new in Delhi and living without an accommodation made me felt sort of a home-less person. I was not able to receive any alerts about houses available on rent and due to this sloppy service, I chose to write an e-mail and express my annoyance. I did the same and surprisingly got revert from REI, an email followed by a phone call.

I talked in a harsh tone but they listened patiently and answered politely by assuring the removal of problems I faced. They did it and within 10 days I got a house in a nice location and pocket friendly rent. Thanks REI.

Thanks for appreciating our efforts. Please let us know if you have any thoughts which may help us to improve further. You can write us at feedback@realestateindia.com also recommend to your friends and business partners.

Matrimonials India
6.8K Views
“I received a call from their end and they explained to me the reason for all the problems.”

I live in Australia and wanted a boy from the same country. Unfortunately, my parents couldnt find the right match even after all their attempts. Thats when I decided to make my profile on MatrimonialsIndia.com. I had heard that it offers amazing services and lets you meet your jeevansathi. But my experience was really bad.

I took their gold membership but still couldnt see even a single perfect match. I tried reaching out to their executives but none of them were ever available. Thats when I decided to write a complaint. A few hours later, I received a call from their end and they explained to me the reason for all the problems. They heard all my issues patiently and said that theyd find a solution. A day later I received a mail and checked my profile.

To my surprise, I could easily browse through a number of boys from Australia and that too with the same cultural background and I am about to get married to him this November.

Thanks for appreciating our effort.

PlacementIndia
5.8K Views
“I was finally able to find some good candidates and keep my job.”

I work in a publication house and am responsible for fulfilling the manpower needs of the company. Recently, the manager asked me to find a person who would be capable of working as an educational counselor and do proofreading for their books as well. It was the first time in my 15 years career that I was unable to find the right candidate.

I turned towards PlacementIndia.com for my needs and took their package to see a number of resumes. When after trying everything, I still couldnt find the desired candidate, I decided to write a complaint. They called me soon and offered their assistance.

Helpful (1)
Thank you
ExportersIndia
57.4K Views
“I also registered on this portal and took the platinum package worth Rs. 18,000 from them for a year”

I had heard from my friend that ExportersIndia.com is one of the largest online marketplaces in India and that I could easily find new leads here. I also registered on this portal and took the platinum package worth Rs. 18,000 from them for a year.

My problems with ExportersIndia.com started as soon as I took the package. I was bombarded with calls about upgrading the package and around 6 months before the completion of my package, they started pestering me with calls about getting it renewed. I asked them to stop calling me and that I would take the package if I wanted but their calls never stopped.

Thats when I decided to write a complaint in the complaint section. I was contacted a day after the complaint and they apologized for the poor behavior. I was offered extra leads and I got 250 leads in that one year through ExportersIndia.com. I would be thankful to this company for understanding my problem and helping me build such a great client base in just one year.

E I. – ExportersIndia Rep Over a year old

Thanks for appreciating our efforts. Please let us know if you have any thoughts which may help us to improve further. You can write us at feedback@exportersindia.com.

WebLinkIndia.net
3.8K Views
“I wrote a strict and bitter complaint against them.”

I work in the print media industry and had a great idea to take the magazine into the online domain. For that, I wanted to get an application developed as per my ideas. I consulted WeblinkIndia.Net with the idea and they said that they would make the right android and iOS app for me.

The sum they asked was quite high for me still, I readily agreed thinking about the application. But to be honest, I was completely disheartened when I saw the app. It was nothing like what I had told them. There was no story adding section and users would easily get baffled with this app. I wrote a strict and bitter complaint against them.

They called me up the very hour and I elaborated my woes to them. They said that they would work on it and resolve the problems. I got the app from their end within 2 days and it was really nice this time. I appreciate WeblinkIndia.Net for considering my issues and resolving them within a very short time.

Thanks for appreciating our efforts. Please let us know if you have any thoughts which may help us to improve further. You can write us at feedback@weblinkindia.net.

Naman hasn’t received any thanks yous.

Naman doesn’t have any fans yet.

Naman isn’t following anybody yet.

I am very much impressed and satisfied with the services they act as mentor to you and they guide...

Honestly first two months i didn't get any response but after that i got excellent response good...