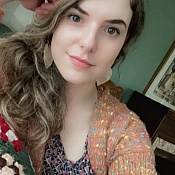 Just out here - buyin’ stuff and having opinions on it.

Everyone should be aware that Popsugar is okay with featuring an article that has an abusive couple in it and why you should reconsider patroning this app, and moreover, the Popsugar collective.

In one of their articles, they praise a notorious abuser and her relationship as "everything" and "a fairytale" when this claim couldn't be further from the truth. I know the truth because, unfortunately, for the last two years I've gotten to bear witness for the victim in this relationship - my sister, Hannah.

The regrettable relationship that Popsugar praises is an extremely abusive one that features screaming, name-calling, (suicide and violence) threats, intimidation, and commands for extreme isolation and control of the victim from friends and family. This relationship featured in their article is incredibly volatile, toxic, and abusive.

I implore Popsugar to do the right thing and pull their article that features the American brides wedding eloping to Iceland to make a stand against domestic violence.

What's even more disgusting is that I originally let Popsugar know this over a year ago, in addition to providing them with screenshoted evidence of the abuse, and they have failed to follow up with me or look more into it. I know there's been a pandemic going, but abuse is a serious issue and Popsugar has treated it as anything but. At this point, it's more than obvious I'm not going to get a response.

Dealing with my sister in an abusive relationship has been hard enough for my family, and Popsugars dismissive and insensitive response in which they are siding with my sister's abuser is demoralizing at best.

I tell everyone I know about Popsugar, their unacceptable journalism and conduct.

In addition, they've tried to delete and silence me multiple times when trying to speak out against this and their conduct. Shame on Popsugar. You're part of the reason people have an issue speaking out against abuse.

Below are examples of how my sister is forced to live with little control over her personal life. She is constantly beraded, blamed, and belittled for doing what would otherwise be innocent tasks (in this example running errands). Popsugar evidently thinks this is acceptable, or at-least not concerning enough to do anything:

Products used:
None because this company is a joke

I give ThreadUp a solid meh.

I love the concept and have gotten some reasonable deals using their discount codes (Coach wristlets for $40). I feel like the expansive inventory and filter functions could be great at saving someone time if they had something specific in mind. I've never experienced an issue with discrepancy in descriptions or shipping either - everything has always arrived as stated, on time.

However, I feel like for the items being sold second-hand, the mark-ups can border on being unreasonable. I acknowledge Loft, Madewell, Anthro, JCrew, etc. are so much brand-new, but when they're out-of-season pieces and I find the same items at my local Goodwill for $2.99-$4.99/each, the argument doesn't hold.

In conclusion, my personal feelings are that if you're willing to spend a little time browsing racks, you could easily get 4/5 items at your local thrift store or garage sale over the $20 ThreadUP can be trying to charge for one. Bonus points, you'll save the Earth by eliminating all the shipping travel and packaging!

Plus, Goodwill, St Vincent de Paul, and my neighbors are all causes and people I want to support. I have no idea who is profiting at ThreadUp and regardless, it probably won't impact me or my community directly.

I had this service for around 7 months in the beginning of last year. Overall, I felt like the products I received were of good quality and it can be a good way to try out products you otherwise wouldn't normally purchase.

While I don't think any of the products were counterfeit, I couldn't help but feel that they were leftovers from last season/colors that didn't sell - especially when it came to the lip and shadow colors. I did receive some higher-end skincare products I adored, however.

The value is definitely there and, for me, each box had come with 1-2 items that I'd liked - ended up gifting/donating the rest

It could be the placebo of the price-tag ("it's expensive so it has to be good"), but I love their products and think they work well.

I have a regimen that features a face wash; serum; eye, day & night cream and it is like the superfood for my face. My fiancé and family complimented on how ‘fresh' and ‘invigorated' my skin looked within one week of using. I couldn't help but agree with them.

Word of caution: The products are *very* rich so if you're prone to breakouts, I could see this being a bad option.

I love Rihanna, so I had to try this brand when it came it. If you're considering purchasing - my advice is to go for it!

I have absolutely loved each article of lingerie I've received from this place. The price is right and, in my opinion, they feel/look higher quality than VS. It's also refreshing to see advertising where all the ladies are real and natural. It's 2021 and we're over the Playboy troupe.

Tip for consumers:
You won’t regret it

Service
Value
Shipping
Quality
Helpful (2)
Thank you
U.S. Cellular
“I have to call them every month around billing time.”

They really love chatting with me! Each month, I get the privilege of calling them to let them know the bill is about 50-80 inexplicable dollars more than it should be. They agree it's incorrect and keep "issuing" me credits, promising me they'll finally appear on the next bill to compensate for their error. Month after month, I have yet to see this take effect. I'm in over $200 of back-owed credits from them after less than 4 months of being a customer - hopefully you can use that as some type of metric. I'm optimistic and hoping for the best next bill but their performance thus far leaves me doubtful.

I think once our phones are paid off, I'll be running into the sunset screaming. Honestly, who operates a business like this?

Tip for consumers:
You can disregard everything they tell you because it likely won’t be true.

I ordered Easter gifts for my grandchildren on March 7th with the expectation I would receive...

Popsugar is a media company that thrives only because of paid advertorials. You people do realize...