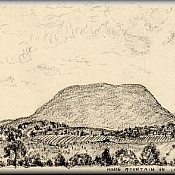 Seeker, collector, rebel, lover of beauty, devotee of wit etcetera and so on. And, I can see you looking at my profile.

I am a problem solver and decision maker.

Build.com
“A Solid and Reliable Online Company for Lighting and Household Fixtures”

I have restored a 1930's American bungalow; each light fixture came from Build.com.

I even had my own ongoing sales rep each for each order.

Because this cottage is on the water I used reproductions of Nantucket styled fixtures and classic pendants.

In all I ordered 11 fixtures and was enormously pleased... each time I met the quota for free shipping.

A hassle free and satisfying experience... for the acquisition of stylish fixtures.

Below please see the fixtures I ordered.

Sometimes I seek designer fabrics from Brunschwig or Scalamandre.

But for basic ticking, notions and other sewing supplies, Fabric.com is perfect.

They have a wonderful array of casual and hearty materials at affordable prices. I used their ticking in each bedroom of a summer house... coordinated with the wall colors.

I unreservedly can endorse this company... the business and shipping end is as equally efficient and reliable as is the fabric quality.

Thank you for your feedback. We are pleased to hear of your positive experience!

Should you have any questions in the future, please feel free to contact us, and we would be more than happy to assist you.

Garnetthill.com
“Garnet Hill: A purveyor of fine linens and classic clothing for women”

If you love classic and elegant bed linens and towels for the home, I recommend Garnet Hill. They are one company that still offers percale sheets with a lovely scalloped embroidered edge plus your monogram in a font of your choice.

All of my sheets and towels come from Garnet Hill... they may be a tad bit costly but worth the indulgence.

I have loved J. Peterman since its debut... I have purchased everything from classic items of clothing to loungewear to charming items for the home.

The script is original and utterly charming.

I have always wanted to go to its brick and mortar store in Kentucky... not sure if it still exists.

In essence. A wonderful and original catalog of treasures for the discriminating shopper. Love it!

This excellent service is offered to anyone in US who holds a library card, and it is at no charge.

The quality of films is excellent; there are special interest categories as well as childrens' selections.

Have been using it a month or so, and truly enjoy it.

I have been a loyalist since its old Piedmont Airlines days.

It remains my "go to" airline.

Delta consistently offers the most competitive prices... is reliable... planes are attractive... has a wonderful and private flight lounge for members only.

My one and only criticism is in the area of flight miles... I strongly abhor the fact that they make the point holder pay extra when giving their points to another frequent flyer.

Other than this reservation -- no pun intended -- I love Delta.

Helpful (0)
Thank you
Factory Direct Blinds
“FactoryDirectBlinds.com gets a thumbs up!”

I have ordered 9 vinyl roller shades from this outfit. They are light-blocking and hunter green on one side and white on the other side. They are reminiscent of your grandmother's old window shades.

My situation was complicated by the fact that I wanted to have the dark green facing outwards -- the white facing inward. This was accomplished by "waterfalling" the design -- then hanging them backwards. It worked.

Their website and order form are both user friendly and the on site chat help speaks American English, which is always a plus.

The shades are manufactured and delivered within the week and function perfectly. Also easy to install.

If you like those old ring type shade pulls, they can be ordered through Zwick.

I have no hesitation is rating Factory Direct Blinds with five stars.

... and was a platform for various messageboards. It morphed into YUKU... then into Tapatalk. It's platform was simple and sweet. The community included several hundred loyalists who yearn for its halcyon days. TBH I was delighted to see it listed here and awaiting a review. Steve DeMello was the CEO, as I recall. Anyway... good times.

... for my purposes. I really do not want a cellphone at all. However at certain times I must use one. For these times my LG flip TracFone* service is adequate. I refill minutes as needed and time each call to no longer than ten minutes. For a telephone minimalist, this has fit the bill.

Quite honestly I have enjoyed huge success shopping on ebay. My purchases have included several pieces in a discontinued Spode pattern, designer fabric, a replacement Mercedes radio, vintage sterling pieces, light fixtures and more. Each seller has comported himself professionally, honestly and efficiently. I usually make purchases as a guest -- I can never remember my password. All in all a smooth and practical shopping mode.

Helpful (0)
Thank you
Chanel
“Madam "Coco" your legacy lives on...”

To be clear, I was born and bred on Chanel No. 5... I have worn it since birth -- at my grandmother's behest. So, when I came of age, I indulged in the complete line of maquillage by Chanel. Last winter I found myself in need of new eyeliner pencil, but dreaded the experience of a trip to the mall -- oh the horror, right? So I took a chance on the Chanel.com online site. This was a wonderful experience. My new pencil was shipped free on charge, beautifully wrapped, with free samples of scents. It was a delightful experience... not to mention, I was spared a trip to the buzz-kill mall. Brava, brava, brava to you Madam!

... but, alas the quality of the experience fluctuates wildly from locale to locale. The DG over on the Eastern Shore was my go to place for basic foods, milk, paper products and simple household items. At that time, the store was neat and clean; the staff was organized and friendly; and I could find what I needed. Now since DG merged with Dollar Tree, that particular store has diminished in quality, is filthy, reeks and is always in disrepair. I shall continue to remain loyal, but it is not the fun little mercantile jaunt it once was for me.

Yes, as you can see I borrowed from Dante Alighieri to emphasize my words of warning to anyone who decides to use Healthful Chat for emotional or social support. I have been a chatter therein for a number of years; I am an educated adult and hold a professional degree and current medical license. At the same time, when I found myself in personal and medical crisis, I looked to this site for camaraderie and as a source for practical tips and pointers. To be clear my role at Healthful chat is that of a chatter; I do not disclose my clinical background. My experience resonates with just about every other reviewer's here: the moderators are unqualified: they have no knowledge of group theory/practice and are woefully uninformed as to clinical issues. While a number of of moderators misuse power in place of wise discretion, other moderators are simply just ignorant, and would have been better off remaining in the role of chatters. As for the chatters themselves, most (in my experience) are people in need of support. However, many chatters end up in the wrong rooms and remain undirected -- often resulting in chaos to the room in which they are misplaced. Admittedly, there are a few so-called "trolls" however, these appear to be former chatters who at some point erupted in frustration, or were falsely accused, and now remain to lick their wounds. Overall, most chatters are human beings in need of fellowship and solace. I remain out of loyalty to a few fellow chatters. However, I strongly issue a cautionary note to those considering using this site: "Buyer beware... you get what you pay for."

Bianka S. thanked you for your review of Lindt

“I love this chocolate! Thank you ”

Ste T. thanked you for your review of bialetti.com

“Thankyou. But now i want a coffee!”

Mountain isn’t following anybody yet.

I love this Italian restaurant. Olive Garden in Laredo TX is the place where we like spend our...

This place really does have good meals and the customer service has always been great. Though...