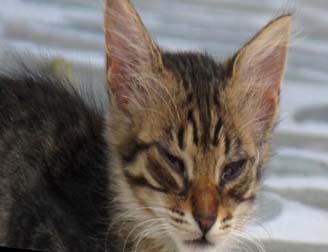 I had problems with my starhub box on Thursday 4/3/2021 night. My Sharp TV showed "No signal" and my Starhub box did not show the time.

I called up 1633 on Friday evening and spoke with a customer service guy named Mr Gobu. He was very very helpful and patient. Through the phone he asked my helper (who was at home) to switch on and off the TV and the Starhub box. Unfortunately my helper said that there was still "no signal" on the tv and the starhub box showed no time.
In view of that, Mr Gobu made an appointment for the technician to come to my house on Saturday 6/3 at 4pm to look into the problem.

When I went home that night (Friday night) I switched on the tv and found to my delight, that the tv was working and the starhub box was working great. (Mr Gobu must have been able to fix the problem remotely:-)

Because it was already very late on Friday night and because I was out the whole day on Saturday 6/3 I did not have a chance to call into Starhub to cancel the Appointment.

THe Starhub technician Kok Wah Tay came to my house on Saturday 6/3/3021. He was so scared to use his hp that my helper had to use her hp to call me, to enable me to speak to him. By the time I spoke with him, he had already changed the box.
I was very shocked he had changed the box. He mumbled something about my old box.

ALL HE WANTED WAS TO ENSURE I GAVE HIM A BRILLIANT REVIEW. HE ASKED ME TO GIVE HIM A "9".

I was outside when he came to my house. I forgot to ask him whether he had exchanged my old box for another box.

Unfortunately when I reached home it was already 10pm and I saw that that stupid Technician had already exchanged the box!
All my precious recordings were already wiped out when he changed the box!
I WAS SO UPSET!

On sunday 7/3 morning I called STarhub customer service and spoke with a polite Indian customer service officer. I told her I was very upset that the stupid Technician had removed my old box without my permission. She advised me to speak to the Technical Team to ask for my old Starhub Box back. She explained to me that the Technician Kok should not have removed my box because my contract was not due for renewal yet.(She said that I had signed up for this present contract in August 2019 and that my contract was due for renewal in August 2021.) She advised me to ask the Technical Team to let me have my old box back. She said it was possible.
Shen she transferred my call to the Technical Team I spoke with a rude girl named Atirah. She raised her voice at me and she belittled the Indian girl whom I had spoken with earlier. When I told her that that the earlier Indian girl had said that Kok shouldn't have changed the box for me(without my permission) she just kept interrupting me. She also condemned the Indian girl and said that the Indian girl doesn't know her work!

When I told Atira that the Indian girl had asked me to ask for my old box back, she said that was not possible. Basically she kept on defending Kok.

I am appalled at Starhub's service:

(I) the Technical Team is not in sync with the Customer Service Team;
(ii)when the Technician came to my house on 6/3 he must have seen that everything was ok and working perfectly. WHY THEN DID HE CHANGE THE BOX FOR ME? SO THAT HE CAN CHARGE ME $60 AND ASK ME TO GIVE HIM A BRILLIANT REVIEW?

SUCH PATHETIC SERVICE.
And such rude behaviour from Atirah.

I WANT MY OLD BOX BACK BECAUSE SOME OF MY RECORDINGS ARE VERY IMPORTANT TO ME AND MY HUSBAND!

I emailed starhub on Monday 8 March. THey only responded by asking me for my personal particulars. I supplied them.

Then today they replied by saying "sorry better luck next time".

Isn't that really disgusting?
THey didn't even bother to reply to my issues ie I want to get back my old box.

Tip for consumers:
What do you think would have been helpful to know?

mona hasn’t received any thanks yous.

mona doesn’t have any fans yet.

mona isn’t following anybody yet.