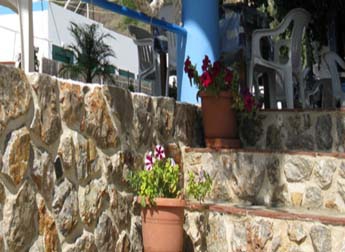 Sycamoresprings.com
“Robbed on Our Honeymoon”
We rented a queen size room with a hot tub in April 2020 for our honeymoon, despite this pandemic (we did practice social distancing during our 5 people wedding).

My wife's jewelry was stolen the one time we had our room cleaned, while we were in the hot tub. We noticed that it was stolen when we were packing, which was the night before we left (2 days after the incident). I called the hotel staff & they stated that they couldn't do anything about it until a manager arrived the following day (we noticed the item was missing at around 12 am).

We honestly didn't feel safe staying inside our room & left a few hours later at 5 AM. Upon arriving home, we called the hotel where a manager assured us that they would recover the item. The manager promised to retrieve the item that was stolen & also promised to reach out to us after a few days but he never did call us or send an email with an update on the situation. It was one of those situations where the guy talks a big game but doesn't follow through. We had to do all of the following up, it was almost a daily task until we got an answer.

We then reached out to the hotel a second time, after continuous ducking and dodging from their side, we were told that a resolution would be decided on the 5th of May, 2020. However, we were not contacted & the hotel charged us the total amount of our stay. So, not only did we get robbed on our honeymoon, this hotel is only money hungry.

I've been more than fair, I've given them 12 days to try & resolve this issue before sharing our story with the world. I feel that it is important to share my experience, this should never happen to anyone! If they were truly professional, they would have at least tried to resolve the matter in a civilized manner, however, no such actions were taken.

Picked up my order at 10.35 AM today via the pickup area. The customer service representative stated that the Gift card was applied to the bill. IT WAS NOT! (I only noticed after leaving the store), so I spent 10 minutes of waiting on hold to get this number *******680 & waiting another 20 mins for a human to help resolve the issue. To be honest, I don't like leaving negative reviews, I gave them a chance to try & fix the issue but I don't think they really care.

The fact of the matter is that they did not honor the $20 Gift card even after verbally stating it & now since the Gift card was used online, it is no longer valid. So basically, scamming a customer out of $20 = to a 1 star review.
Helpful (2)
Thank you

Mishal hasn’t received any thanks yous.

Mishal doesn’t have any fans yet.

Mishal isn’t following anybody yet.

Customer rep gave me store credit for a return and the $ isn't applying once I click into paypal...

I ordered towels. Sent me a wrong size. Outside of return window. So I am out of luck due to...