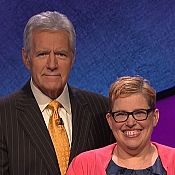 Keepcart.net
“Never Shipped”
I ordered a video game from this site. They never shipped it. I wrote to them and they kept telling me they would ship, but never did. I asked for a refund, and they said they would give me a refund but never did. Finally I started a dispute through my credit card company. I got my money back.
Helpful (1)
Thank you
Taldepot.com
“Radio Silence”
I ordered 2 cases of Hint Fizz Blackberry Sparkling Water. I heard nothing from them for a week, then wrote asking if they were going to ship. They sent a tracking number and the water arrived a few days later. The WRONG water. They sent me Hint Blackberry Water -- not sparkling. I wrote, and they asked for a photo of the wrong product, which I sent. After that, radio silence. I've written 3 times since then to ask them to confirm that they're sending the correct product. If I don't hear back by tomorrow, I'm going to initiate a dispute with my credit card company.
Helpful (4)
Thank you

Miranda hasn’t received any thanks yous.

After reading some of these reviews, I guess I can consider myself lucky because I got a partial...