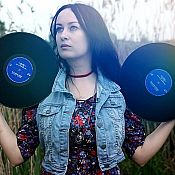 Grammarly
“It moderately helps when you're in a hurry...”

When I have to write an article ASAP, I usually check it through free Grammarly version. Sometimes, it helps with prepositions and missed punctuation or automatically misspelled vocabulary, but it annoys me how it tries to "guess the right words" and it simplifies and distorts what I want to say because I like using slightly unusual vocabulary, especially when writing something creative (but I rarely use archaic words or anachronisms, so it should have known the linguistic meanings I employ). I think Grammarly should be able to discern more idioms and phrasal verbs, and any literary devices. What is funny, it doesn't identify its own name, underlining it in red when I write about it, lol. I must also confess, having read all the negative comments about the Premium version, I'll keep on using only the free one. Sorry, Grammarly, you can be helpful, but you're not so cool as your advertisers say.

The devotees of literature, arts, and science appreciate the existence of this website that not simply presents brain pickings but makes our brains think in an alternative, anti-routine way. It feeds Imagination. I must confess that I often started my work day at my PC with viewing new gems found and elucidated by Maria Popova. I enjoy reading those articles, excerpts of the great authors' thoughts and their interpretations. I love that classic literature is the main Mistress in this realm.
You may say it's not a big deal to collect great works of others, read them and then post them as quotes or get inspired by knowledge of someone else and try to look witty against the sophisticated background of intellectuals. However, I think its creator is a decent researcher able to notice noetic treasures others can't see at once, and somehow it's difficult to find a website with such a vibrant and insightful content all in one. BP definitely stands out. It feels like an inventive bookworm opened the door to her whimsical library and you didn't simply see the books, but you looked through their pages, concentrated on some, and absorbed the ideas that were magically tailored to your preferences.
After I discovered Brain Pickings, I instantly thought, "That's what I could actually do but I haven't created something like that probably because of the wrong focus. Anyway, books are always by my side and who knows, maybe my experience will also turn into something worthy for book lovers and faerie-seekers despite the all-absorbing ordinary reality..." Thank you for the Inspiration, Maria. ;)

I visit this website almost daily because I know that their journalists regularly prepare creative and useful information. I mostly look through CreativeBoom to get inspired by their chosen illustration, arts & crafts, photography, and travel tips, as well as interviews revealing special details of the inventive people's lives. I also tend to pay attention to some good advice from their sections related to freelancing and self. Thank you, CB, you motivate and teach, keep up the good work!

Helpful (1)
Thank you
Quora
“A great idea. Too many obsessed people...”

When I only started using Quora, it seemed compelling and versatile until I asked an ironical question about banning badly written books... While I partly meant it because I think that graphomaniacs, who poorly imitate decent ideas of great authors, shouldn't be published, I also didn't expect that people will attack me, some with threats. I could have apologized but I wasn't a monster, I just asked and shared my opinion, you have a right to disagree but not to react violently. After this situation, I became more attentive to what others ask and answer. So many questions are just silly and annoying, but of course, there are questions that encourage you to think and even get some kind of enlightenment to answer eloquently and profoundly. I also like many answers, but a certain category of people there are just obsessed with graphomania (yea, again) and I suspect that lots of authors of badly written books originate from Quora. Despite the negative attributes, I still find it useful, interesting, and creative. You can definitely find like-minded fellows there, add them to friends, and enjoy eloquent private messaging or simply joyfully immerse in their tasteful answers. I like when people reply humorously and with imagination. You shouldn't get too serious in this biased realm but if you describe even the most old-fashioned and awkward prejudice of yours in a unique way, it will be enticing to read it. Quora collected people with different intellectual abilities, some answers are surprisingly smart and sophisticated, especially if you deal with science or arts. We'll see what happens next. Hopefully, more witty minds will appear there. ;)

Helpful (5)
Thank you
PlagiarismSearch.com
“Decent authenticity checker that remains a hidden gem for many creative people”

I use PlagiarismSearch regularly to scan my written works of any kind, from journalistic articles to short prose. Though I do my best to write originally, some articles encompassing the general topics may contain sentences with unintentional plagiarism, that's why I always check my pieces, to be on the safe side. For my research, I was responsible for comparing PlagiarismSearch with other detectors all over the web and I can assure you that the checker I recommend is cost-efficient, user-friendly, and not worse than more popular (and usually much more costly) scanners. PlagiarismSearch easily allows you to exclude citations and references when scanning your writing for plagiarism. The swiftness of the detection process depends on the number of pages you need to check. I usually check no more than 2000 words and it takes several minutes. I'd like you to see the screenshot below with minor (coincidental) plagiarism detected.

Mira hasn’t received any thanks yous.

Mira doesn’t have any fans yet.

Mira isn’t following anybody yet.

Make sure you have proof of every interaction with Grammarly. Although, their terms and...