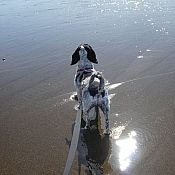 Unbelievably unprofessional! I booked them 2 months in advance. After the window passed in which they said they'll arrive, I called and the person who answered said they're in Richmond but will be there soon. I said, I am in Burnaby. He said: Oh, they won't take too long. After half an hour he called back and said the truck was delayed and they'll be there in half an hour. They showed up an hour late with no apology. They stepped into my place without putting booties on their feet. They did not know how to get some of the items through the door - I had to direct them. And the biggest shock was the price! I was never told there is a 26.5% disposal fee on top of the rate they quoted me AND on top of that they charged additional disposal fees for a microwave oven and mattress! They also say they donate but I don't believe this. The microwave oven was still working and in its original box. BE VERY AWARE!

Helpful (3)
Thank you
Shed Storage
“What an awesome experience - a breath of fresh air!”

I have recently had so many bad experiences with a number of unprofessional and incompetent companies, that it was such a pleasant surprise to have such a wonderful experience with Shed Storage Services. They're on time, no hidden fees, very competent, not making a mess in your place, friendly! THANK YOU SO MUCH GUYS!

If I could give a 0 as rating, I would.
I haven't done anything wrong. I haven't made any changes or cancelled any booking and yet I'm the one who is paying financially and emotionally.

In December 2017 I received an email from FlightHub telling me that the airline, Qantas, has made a change to my flight and I have to choose a new flight for Dec. 8th. I did so, and then I received another email telling me to change my flight again. I spent hours on the phone trying to sort this out and having to tell my story to so many different FlightHub representatives.

On Dec. 8,2017 everything fell apart when I arrived at the airport and was informed by an American Airlines (AA) attendant that she can not check me in because my status shows 'unknown'. Despite contacting her support people after an approx. 45 minutes wait on the phone, there was no progress made and I had no choice but to buy a one-way ticket to Sydney, Australia that cost me $1395. 88. I was in tears and in a state of
Utter dispair.

On top of that, I was given seats on 2 flights where I had no choice of seat preference, although I paid extra for seat preferences in February 2017. On the 14+ hours flight from LAX to Sydney I was squashed in the middle of 2 people and had to fight anxiety and panic all the way - a nightmare flight. I have never had to sit in the middle because I have always planned my trips/flights very thoroughly and carefully.

In Sydney, I spent two mornings again to try and get my return e-ticket validated, which FlightHub managed to do and the FlightHub attendant told me that my e-ticket should have been updated automatically, which obviously did not happen. I wanted the AA ticket fully reimbursed by FlightHub because they made the mistake of not updating my e-ticket to Sydney after the flight changes.

After my return to Vancouver, Canada, I called FlightHub on Sunday, January 7,2018 and I spoke to Jeffrey who said there shouldn't be a problem in getting my full refund of $1,550 credited to my Master Card within the next 24 to 48 hours. This despite the fact, that I told him he probably needed the receipt for the one-way flight I had to buy (which cost me $1395. 88) as proof of my flight. He said, no, that wasn't necessary.

After more than 72 hours, I called FlightHub again and was told that I would be reimbursed $655 by Qantas. I asked what about the rest of the reimbursement and the representative said, no, it is just for $655.

It is unbelievable what I have been going through. It is FlightHub's mistake but they are not reimbursing me anything.

I am so mad at the horrible service that FlightHub has provided to me and I want to warn people of this. I have never had problems before when booking travel over many years and I RUE the day I found FlightHub's website. I am embarrassed that FlightHub is a Canadian company.

I earn a below-average salary and have always had to be very careful with my money. I can not go on vacation every year. I have planned and saved for a long time to make this trip.

Needless to say that my vacation was ruined for a big part of my time in Sydney.

I'm trying this as a last resort to get the rest of my refund otherwise I think I'll contact the Consumer Reporter, Anne Drewa at BC Global News to tell my story.

Thank you for taking the time to review our services. We have successfully located your booking and a member of our Escalations Team will be contacting you regarding this issue.

Mimi hasn’t received any thanks yous.

Mimi doesn’t have any fans yet.

Mimi isn’t following anybody yet.

Very hard to talk to customers service, when I did speak to them very arrogant people. They can't...

Terrible experience. They won't even let me to cancel after a few hours I don't recommended it at...