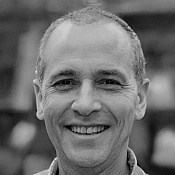 There's no doubt that there's a ton of great content on Disney Plus literally something for all the family. Some major movies are missing, but that's down to region restrictions and laws in specific countries, so we can't fault Disney for that.

The real problem comes with the actual player. On my TV (a recent Samsung SmartTV) the app is awful. Content stops to buffer every few seconds. Okay I don't have the fastest internet, only about 10Mb/s, but Netflix and Amazon Prime don't have these problems neither of them ever buffer. Disney is virtually unwatchable most of the time. Nothing takes you out of a movie like having the action stop-start-stop-start! It's not much better on other devices (I use iPads and MacBooks) either.

My other main quibble is the interface. The main screen for selecting shows is hard to navigate and so, so slow... thumbnails take minutes to load. There's a button to "skip recaps", but there's no way I've been able to find to actually navigate to it. And another personal bugbear is subtitles they're only available in one language for most content. Netflix manages a dozen or more.

I know all of these problems are fixable because Netflix has managed. They have a bigger catalogue, a way better interface, and no buffering or speed problems. But they also don't have Disney's shows.

I'm keeping my Disney Plus subscription going for now because it's relatively low priced, and because I hope that the app will get better over time. If it worked properly, it would be great value.

Helpful (0)
Thank you
Flightradar24
“Addictive, but can be expensive”

As someone who loves flying, FlightRadar 24 is one of my favorite apps and websites. I don't strictly need it as such, but seeing what's around me is addictive.

If you take commercial flights I guess it's a useful service, but that's not the way I use it. I like to know what's in the air around me. The augmented reality thing works great for that I can point my phone at a plane in the sky and it overlays everything I could want to know about it which is almost everything except the pilot's name!

It's worth paying for the lowest tier to get rid of the ads and to be able to set some alerts. You also get the 3D view which is like a flight simulator (you need a decent internet connection though, otherwise the landscape loads too slowly). If you want the top tier it becomes prohibitively expensive. Apparently if you set up your own station to contribute flight data you can get the top tier for free, but that's a bit beyond me.

Helpful (0)
Thank you
Freelovespellsbyjoshua
“Joshua is the real deal”

My friend recommended Joshua to me after he had him cast a spell to get with a colleague he liked. I was kinda skeptical, but I was such a mess after my wife left me that I figured it couldn't hurt to try.

The guy is real nice, helpful, friendly, and he explained everything to me in an easy way. I'm no Einstein but he made it all easy. He stayed in touch all through the process and answered all my questions, even the dumb ones.

The spell worked out great. Sarah, my wife, came back just as Joshua said. She told me about how she'd started missing me and had made a mistake in leaving, and that all lined up with when Josh cast my spell. We're probably better now than we were before because we both know what its like to be apart.

Recommended would use again, but I hope I never have to!

Milo hasn’t received any thanks yous.

Milo isn’t following anybody yet.

Very good website. You don't have to spend a fortune on subscription as it usually happens to...