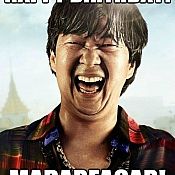 Chain Reaction Cycles
“Should have checked the reviews before making a purchase.”
Ordered about $150 worth of merchandise. Never arrived. After about a month i called CRC, they took my information and said that someone will call me back. No one did. Called again and they gave me an email. So i sent an email to them stating that my order never arrived. Copied the tracking details from the courier and pasted them in the email. It stated my package was damaged and then delivered to the wrong address in a different city! They sent me an email back asking if i would like a refund or the order sent again. I said refund twice, at the start and at the end of the email. They sent the package again intentionally ignoring my request for a refund. I contacted a manager about the issue. She said they will not issue a refund until they are able to retrieve the "accidental" order. It's stuck at customs and who knows how long that will take. Forced to contact my credit card company. What a waste of time. Save yourself the stress and buy elsewhere.
Helpful (0)
Thank you

I have been a customer of chain reaction cycles for a number of years. In recent years, I have...

Just received my nukeproof neutron Evo pedals and as soon as I opened the shipping box I saw the...