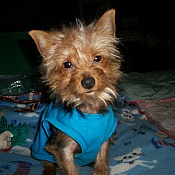 City-Data.com
“The City-data forum is full of people who hate others for their opinion”

I have to say, I've spent the last two days trying to find the moderators and ask why they ban me for life. I haven't found a way to contact them so all I can do is give an honest review of my experience. I wrote my opinions to others which were only about 5 posts before they ban me for life, without an explanation. I went to my account and it said across the page you are ban for trolling, the period of time before it will be lifted is NEVER. I had only opened my account on 4/28/21 and I was ban on 4/30/21. The only comments I saw were right wing Trumpers. I never said anything other than correcting what I felt was wrong information by these racists. During Biden's state of the union address they were using foul language about Pelosi and Kamala Harris so I corrected them by saying how immature they were appearing. I have no proof because I can't get hold of the moderators. I can't even find where to contact them. I'm, I guess, considered liberal but I find nothing wrong with that. I'm also a Wildlife biologist and veterinary technologist with 50 years experience. I don't know what these people are afraid of but it's clearly something. My first post was about my experience in Fort Worth Texas in 1978 at a dairy where an undocumented immigrant was killed by a white woman, and the dairy never turned it in. They just buried him in Weatherford Texas----his name was Ceverio. I don't know if that's why I was ban or not. I just don't know.

Tip for consumers:
I think someone should contact the owner of City-data.com owner and tell him what's going on in the forum site with biased moderators.

Products used:
I used there forum to speak my mind but they wouldn't let me.

Mikel hasn’t received any thanks yous.

Mikel doesn’t have any fans yet.

Exactly what the title says. The place is just full of a bunch of racist trolls and calling out...

Currently the threads about the pandemic, COVID-19 and the vaccines are dominated by the ant-vax...