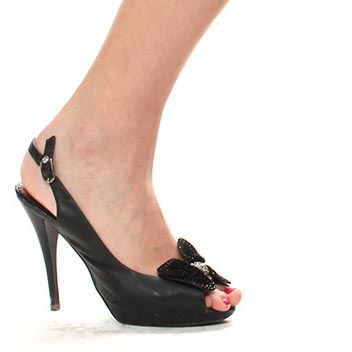 The Liberty Mutual claims adjuster will tell you what a beautiful home you have, admire your artwork, tell you what great decorating style you have... but they will NOT accept your claim! On top of that, their premiums are outrageous compared to their competitors. When my water bill suddenly increased, I detected a leak in my foundation - literally several hundred gallons of water PER DAY were pouring out somewhere below the house. I immediately contacted Liberty; when the claims adjuster arrived, I was told they were denying the claim because "there was no visible damage to the structure". And sure enough, there was a tiny clause in the 45-page contract that said they don't pay if damage isn't visible. So instead I was stuck with $4500 in plumber expenses, when I thought I had good insurance.
Foundation leaks are a common thing in Texas, due to our crappy clay soil that constantly shifts. I have at least five friends or family members who had a similar leak - with NO VISIBLE DAMAGE - and their claims were accepted and paid in full. Lucky for them, they weren't with Liberty Mutual.
Stay away from this insurer. Perhaps if they didn't spend untold millions on their ridiculous ad campaign with the emu and dorky 70's guy, they could lower premiums and actually pay out on some legitimate claims!

Now I know why their website doesn't offer reviews from customers... Because they would be TERRIBLE! Finally ordered two sweaters and a shirt after receiving their sexy catalog for a few years. The Waterman sweater looks nothing like the color in the catalog, more of a dull gray than the rich blue shown. And it's incredibly heavy given that it's 100% cotton. Not to mention the fit is bizarre. The Deep Dive shirt is so poorly made I'm not sure it'll last through one wash. It's all being returned - I'll be more than happy to pay the $7.95 return shipping charge.
I love how they say "imported" on all their products - this junk is made in CHINA, not Italy!
Shipping is ridiculous. Fortunately I had the wherewithal to call and get it waved on my $287 order.
Do NOT waste your time with this shoddy company. For these prices, you can get Peter Millar or similar at Nordstrom.

Mikael hasn’t received any thanks yous.

Mikael doesn’t have any fans yet.

Mikael isn’t following anybody yet.

They do not have any competent customer support! Get the run around from every machine then every...