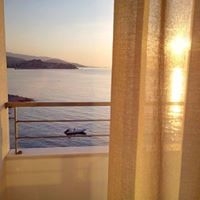 I have track of everything but it's long (please ask if you want more). Hence I summarise here and beg you to read a part at least... you won't need to finish before making up your mind:

-- Highest priority delivery using UPS (not the cheap option) for an urgent matter and payed extra for insuring the parcel...
-- First day they didn't pick up the parcel. Ok except that I got NO notification or explanation to understand what happened.
-- I contacted them through Chat (only option) and they helped me by rescheduling but they did NOT have much information so they had to contact UPS in pretty much the same way that I would do directly (so that's a useless delay).
-- Already a day of delay so I was nervous: I kept checking the tracking page but that was NEVER updated so I contacted them every day until...
-- ...they answer that the parcel has been stopped (one day ago!) in the border because of a Local law that they were not aware but that **they had convinced the destination country to accept it anyway** !!!
-- My recipient receives a call saying the opposite so I contact them AGAIN and they tell me a different story: "You need to pay to the borders but the recipient refused".
NOTE: Still... why am I never informed of the problems until I ask? Tracking still saying that the parcel was just picked up!
-- I want to pay the price but they don't even know how much or how to do that so they tell me to contact them in a couple of days.
-- After several communications and the version changing each time, they finally contact me through eMail mostly blaming my recipient and never giving alternatives. I insist that I want to pay... and they give me a page to pay THEM the RETURN of the parcel, not the border fee!!
-- Obviously I strongly refuse to pay them more money (I meant to pay a fee for the borders) so they accept to send me the parcel back at no cost BUT without the battery because it was taken for some other law that I was not informed about either.
-- Important NOTE: at no point they pointed out any line of the Terms and Conditions that I could have missed to read: this was entirely their responsibility and I was always uninformed.
-- (Other unimportant communications complaining)

***** RESULT: I would have expected them to return my 100 pounds (did I say this? That was the price for losing my battery, my time, lots of effort and missing the deadline for my recipient to use it: I payed URGENT delivery with INSURANCE for a reason). Instead I was lucky to convince them of not charging me extra... I won't take this risk again.

Sorry for the long review but hope it helps someone.
Best regards,
Miguel
Helpful (2)
Thank you

Sorry to hear you’ve had a poor experience with your delivery. We do everything possible to ensure that the couriers we work with are as effective as possible, so naturally, it’s disappointing to hear stories like yours.

Thank you for taking the time to leave feedback — it’s valuable to us and the couriers we work with in helping identify areas for future improvement.

I can see we have been emailing you to discuss this.

Michi hasn’t received any thanks yous.

Michi doesn’t have any fans yet.

Michi isn’t following anybody yet.

my flatmate and I placed two different orders for a total of 13 boxes which were to picked up at...

I sent a parcel to Israel using this website, purchasing a guarantee for it to delivered on time....