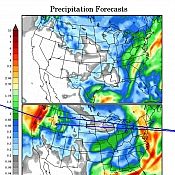 Not really, my time is pretty much exhausted by family, friends, and business.

I ordered a meal, Grub took my card, charged me in full. An hour later, they call me and say the order was cancelled by the restaurant, but not to worry. Grub Hub would refund my money, 3-4 weeks later. They didn't even bother to ask if I wanted to re-order somewhere else. Do not use this service, they are thieves and liars.

I bought a first-class ticket to Denver from Seattle. I decided to pay the $50 for the insurance. The conference was canceled and I filed a claim. Guess what? They laughed and told me, in so many words, to FO!

I blame Orbitz as much Allianz, I am sure they get 50% of the premium as a kickback. As such, I will never use any of those services - Expedia, Orbitz, or any others that associate with Allianz. Complete scam!

I did the 16-day through the Canal, leaving from Miami and landing in LA. I had my own cabin and thoroughly enjoyed myself. Bought the premium drink package for $450 and my bar bill was $3500 at checkout, and I didn't even visit the whiskey bar where they had $400 shots of scotch. The service was exceptional, the employees were all hard-working and pleasant, I didn't run across a single rude person.

The main cafeteria food was generally awful and not very healthy. The salad bar had like six items -- HUH? The specialty restaurants were generally quite good and so was the 24-hour free restaurant. Didn't make it to a single show, mainly gambled (blackjack) each night. Table rules are tight, they should loosen those up and make the games more fun. Most of the time, the casinos were empty because they set such greedy odds on every game.

The best part of cruising for me is being underway, especially leaving port. I didn't get off the boat on half the stops and the ones I did I mostly regretted the decision. It was like walking into a swarm of flies, the peddlers, vendors, and other pests aggressively accost you the second you get away from the ship.

Will I cruise again? I'm not so sure, not after watching these Covid-ridden ships banned from ports. In fact, our ship had a virus outbreak and that was in November and they locked down the ship for the last three days. It was like a precursor to the Corona pandemic. No, doubt I ever get on one of those again, but glad I did the Panama trip.

Rachel is a lesbian left-leaning journalist. If you can get past those three filters, you'll probably like her. I do.

The next guy, an old white guy, is also quite good. He's Rather-like, not rather like, but Rather-like; as in Dan. A really interesting man who also is left of socialism, but, if you can get past labels, you'll like him.

Is Brian Wilson, the disgraced former NCB lead newscaster. He was my favorite back when he lied about getting shot at over Iraq. Sounded cool, I still think he probably was and probably killed Saddam, too. But that's me.

I wish they'd move Brian up and push Rachel back, to like the 8:00 pm pt slot. I don't mind Rachel, I can see why a lot of women would want to "lay" with her, put me in with them, but she's to stoccato for my ears, but love her message. Still, I want Brian back on Prime Time. I might even switch from Chris Cuomo - no I won't, but I'd tape Brian and watch him at 7.

Joining and using Facebook is like perpetually flashing any digital character that stumbles upon your page. For some extremely odd reason, people post their most private thoughts on the most public platform that ever existed. It is like going to your confessional, but instead of just your gay priest listening while he masturbates, you are confessing to the entire world.

Get a clue, people. Why would you share all of this information with people you don't even know? On top of that, the Facebook management is morally bankrupt and exists solely to squeeze another dollar out of an asset that isn't even theirs. In a word, its one of the greatest swindles perpetrated on the unwitting public, perhaps ever.

I quit about six months ago and the only thing I miss about FraudBook is playing Words With Friends, but even WWF blew up when they started selling cheats.

LinkedIn was fabulous... before Microsoft ruined it by dropping features and endlessly promoting their paid services. At one time, you could see who looked at your profile, who read your commentary, but not any longer. Now, you get a teaser and instructions to whip out the credit card. I guess when you $25B for something worth $5B you get desperate. Wonder when they write off this investment?

Many reviewers whine about the bots and alts dramarama, but all of that makes it a fun game. As for needing to spend $$$, not true. Because of the glitches, you can create an unbreakable account for free in just a few weeks. What other game allows that? Of course, that means cheating night and day, but hey, isn't that how our President became President?

The bot allows you to play as little or as much as you like. The most important ten minutes of the game is around midnight when the servers reset. That is when you glitch and double (or 10X) your troops. Really fun, IMO, but you have to love cheating to enjoy the game.

I found my web dev on Upwork and now he works full-time for me. That's the good news, it took about five tries to find him and one was a pure scammer. It's a caveat emptor world and if you're naive you'll most likely get burned. That said, there is some strong talent on the platform. Key to getting full value is to move your provider to a private platform and avoid the fees.

I used Elance for about 8 years before Upworks bought them out. Platform seems about the same. For the record, I've had my most luck with Eastern European coders and have had no luck with Indians and Pakis. The Russians can be hit and miss, I sense the stench of scam when I work with most of them.

There are some items on Ebay that have better prices or selections than Amazon. One example, I recently purchased new Taylor Made irons on Ebay and saved about $100. I've never had a bad transaction on the platform, but don't do that many deals there. Compared to Amazon, it's about 100:1 in favor of Amazon.

One complaint, the interface between buyer and seller is clunky and takes too long to get an answer; plus you have to go through several questions within their interface before they'll let you send an email. Perhaps its greatest utility is to value used stuff.

The Daily Beast has some of the best-written feature articles on the net, bar none. That's the good news, the rest of the news is the Beast's web interface is the worst on the net, bar none. I've been reading the beast daily for perhaps a year and there hasn't been a single session where the site hasn't bombed. Mostly, the problem started when they started trying to sell subscriptions to the "Beast Inside".

They need to fire their entire web-dev group, drop the begging for dollars, and they'll get five stars from me. It's funny, even though the site's coding is garbage, the articles are often so fascinating I'll log it several times just to read the fascinating news.

How cool is it to review your review site. I like the site but doesn't have enough users. My other complaint is the "Review" object; whenever I type in here my cursor jumps all over. Not sure why, but I have to type a review in another ap and paste into Sitejabber.

Aside from that whine, I like that I can review everything here. Sometimes you run across something so awful, or so good, but have no way of leaving feedback. SiteJabber solves the problem.

UPDATE - 2 Weeks Later - The staff at SiteJabber reached out to me to learn more about "that whine." In fact, they did more than just fake-commensurate with me, their IT department downloaded Grammerly, witnessed the same bizarre cursor behavior, and fixed it! That, my friends, is what class and quality companies do. For not other reason, I'll keep posting here because SiteJabber is Right F'ing On!

On the whole, FiveRR is just OK. There are a few talented providers and way too many scammers. If you do find a good one try to talk them into going to Skype and do a private gig, the fees FiveRR charge their providers are ridiculous. I've moved several of my vendors over to a private pay option and never had troubles.

I've noticed many of the providers are more interested in volume than quality. The chat feature is awful, too which is another reason to drive the provider to skype.

Helpful (0)
Thank you
FoxNews
“Goebbels Would be Proud”

A info-tainment channel that panders to the neo-right using memes and other shock-journal techniques to keep their low-IQ audience enraged. Someone once asked me how America could have so many ignorant people and how they could be such fools to tune into Fox News.

That made me think. The answer, I believe, is that Fox News is selling an opiate to idiots. These low-income, low-energy, and uneducated masses hate their lives and hate even more those that appear happier than themselves. Fox News knows that and feeds their hate.

Feed them by creating fake conspiracies that explain why their audience is so miserable, why they are such failures, all of which feeds their egos making them feel like it's "not my fault." Fox News stokes those feelings of transference and its viewers end a session feeling better because they hate ever more. And most importantly, they know their misery isn't their fault, it's all those bugaboos, jigaboos, demaboos, lesbians, gays, and anyone darker than Ingrid Bergman.

I used the free version of TV for at least and a year and was enthralled with how easy it was to use across my various PCs and remote servers. Enthralled, until in a fit of insanity I purchased the $1k license. Thinking the free was so good, the purchased version must be even better. Boy was I wrong. There were so many login requirements and half the time I couldn't get anything to work. Finally, I gave up and wrote off my $1k. Never pay for TV, if they start to ban you just delete the software.

Michael Has Received 1 Thank You

Emanuel S. thanked you for your review of FoxNews

Imagine this: one is at home and chooses to have dinner delivered. Opens account at Grubhub and...

If I could give a zero I would. Grub hub over charged me, it's like they put there own amount on...