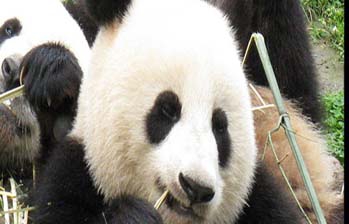 MyFibroTeam
“Mediocre experience”
While I appreciate what they are trying to do with this website, after spending over a year of infrequent use on Myfibroteam I've deleted my membership.
The site attempts to connect fibromyalgia suffers across countries, it can be used to make friends, build support teams and discover/utilize existing resources (like local, in person fibro support groups or treatment centers). Perhaps the biggest drawback of the site is that it functions a lot like Facebook. Members are encouraged to share their status updates, random strangers will add you to their support team when they have zero intention of communicating with you and they're not even from your country (these are MFT's version friend collectors, they just like piling on the friends list to make themselves feel important). A lot of users join only to drop off of the site completely shortly thereafter, either because there are no resources where they live or for the most exhausting reason: the fact that everyone comes to the site to vent.
A lot of members come on to complain about their pain or how it's effecting their lives. While I can understand that they feel distressed and come to MFT for support, it can be utterly overwhelming or just downright annoying. As a fibro sufferer the one thing I've learned is that eventually you need to stop talking (or rather complaining) about the pain. A lot of members come on just to gripe about the pain and explain things that need not be mentioned; what difference does it really make if your shoulders hurt today when you already mentioned it yesterday, and the day before that? It's like being stuck in a negative thought cycle, people should be encouraged to think positive and not give us a detailed day to day account of their symptoms. Even when you try to help these people it goes nowhere, they'll make excuses or just complain some more. It's so common and and so bad that one of the "reasons for deleting account" options is "overwhelming", like the people who operate the site are well aware of this problem!
It's also distressing when people come on feeling suicidal or unstable, while this talk is generally discouraged it still comes up and for some people that might be incredibly difficult to take. Another thing that is discouraged is suggesting medications/treatments, as everyone is different and nobody is a certified medical practitioner, it's not ok to tell someone take "x" drug for your pain, but when I was on people were still doing it.
I wrote MFT a detailed account of my concerns outlining many of the aforementioned problems, but I never heard back from them. I think in the future it really ought to behave solely as a resource website that casually allows networking with less of an emphasis on membership and more on information.
Helpful (2)
Thank you

Mew hasn’t received any thanks yous.

Mew doesn’t have any fans yet.

Mew isn’t following anybody yet.