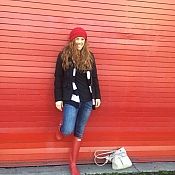 YourMechanic
“Not worth the money saved!”
I started off very happy with this company. I had them do a few oil changes and began telling everyone about how convenient they were and recommended them to anyone who needed a mechanic. Unfortunately I am now warning people to just pay the extra money and go through a garage or mechanic that will back their work. I had my timing belt done and 13 months after it was done my car began making an odd sound. I took it to a mechanic and the diagnosis was that my belt was tightened way too tight and would need to be replaced. I followed yourmechanic's claim policy and had the garage email a copy of their diagnostic to the company. Their response was that it was only covered for 12 months. I think this is ridiculous as timing belts should last FAR longer than 1 year. I made numerous phone calls asking to have them make an exception to their 1 year rule as I was only 1 month past, all i got was promises that they would look into it and call me back. I never got a callback (I called 7 times with promises of callbacks each time after being transferred over and over again to the next up) I was on hold for about 45-60 each time i called. I now have my car in a garage getting their hack job redone. My recommendation: don't use mymechanic, spend the extra money and take your car to a garage that will care more about customer satisfaction and back their work!
Helpful (5)
Thank you