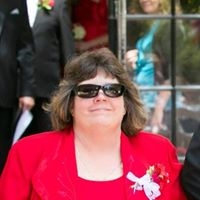 The Text message system SUCKS. I decided to swith to text messaging several months ago and since doing so I have NEVER recieved text notification when Any of my prescriptions were filled consequently. I ran out of a prescription THAT IMPORTANT TO MY health. I realized I didn't have any more of this particular med and was told it had been filled 9 days prior. I told the person on the phone that I would be in to pick it up along with a couple others that I had added to the list through the pharmacy website. So I got in the next day and all but the one I was completely out of was filled. Apparently there was a communication Problem and Someone had put that one back already or between the time I called and when I was able to get there. I should have checked to make sure it was there and didn't. I thought since I had conversed with someone Whom I THOUGH knew what they were doing and would make sure the script was either refilled or stayed there. I guess that is too much to ask of this pharmacy..