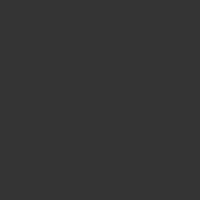 FastGrowingTrees.com
“One out of two trees made it”
Verified purchase

The gardenia is doing fabulously. It's in a pot on my deck. The red dogwood, however, did not survive. It did have a couple of severe trials weather-wise with 2 very large thunderstorms that came with 6 or 7 inches of rain early on, not long after I had planted it. It was very sad, but the customer service response that I got was excellent and I received a refund in the form of future merchandise that I look forward to ordering.

Helpful (0)
Thank you
Crocs
“How can someone sell summer shoes that shrink in hot weather?”

And how can a company that clearly knows there's a problem with the shrinkage, continue to sell them? I could see if I had left them next to a campfire, but just outside my door? Two sizes smaller?! There's something really wrong with this picture... so then tried calling CS, after 25 minutes on hold, with time to look up crocs customer reviews (jesus christ!) I realized this was going nowhere, so I hung up.

I left a favorable review for jet last january 2017 when I ordered fiji water. The second time I ordered I almost threw up. I went to open one of the 1.5 liter bottles of fiji when I thought I saw something floating in the still unopened bottle! When I looked closely what I saw was what looked like a tiny piece of snot (maybe 1/4inch long) floating in the water! Of course I was horrified, and when I called jet they of course gave me a full refund. So I'm not sure if I should be leaving a negative review for jet, since it wasn't their problem, unless it had something to do with the way they were storing the fiji bottles for shipment. Nonetheless, since the bottles came from jet, I won't be ordering any bottled water from them again. When I notified fiji, they didn't even apologize, just told me they'd be happy to send me a UPS call tag, and to just go ahead and return it! Yeah, right! So they can sweep it under the rug? Nope. I decided I'm gonna get it professionally analyzed by a lab to see what the hell's really going on. When I get the results I'll be putting my fiji.com review here. Might just have to break down and join FB so I can spread the word...

A friend gave me one of the most delicious cans of fish I've ever eaten - seasons brand mackerel. She couldn't remember where she'd bought it - my Google research took me to walmart, for a case thru a 3rd party vendor, etailz. Not knowing the price of a single can, 44.99 seemed ok for a box of 12, so I placed the order. Next day I happened to be at my local walmart store and decided to check to see if they might also carry it. Imagine my shock when I found it on the shelf, for 1.97 a can! I HAD JUST PLACED AN ONLINE THRU WALMART TO BUY A 3RD PARTY VENDOR PRODUCT COSTING TWICE WHAT WALMART SELLS IT FOR! Excuuuse me?! When I got home I called the cs number googled for etailz. I got a recording saying leave a message. I did. Nothing. Next day called again. This time the recording said the number had been disconnected! What?! So I sent an email saying I needed to cancel order, and why is their disconnected line? Received email saying line not disconnected, and it's too late to cancel order, already shipped. Called walmart, they said someone would get back to me in 2 days. Then package arrives, ups driver says I can't refuse it, need to go thru walmart! Three days later (today) walmart says I should have been told 5 days for a call back, not two. OK, I know this is gonna be resolved. But what I want to know is, how can a company let a 3rd party vendor sell an item THRU THEIR SITE that they already carry retail for half the price? If that isn't "internet highway robbery" I don't know what is. Obviously etailz thought walmart shoppers would be too stupid to notice! Maybe walmart did too! Shame on BOTH OF YOU!

Without a car carrying stuff home on the bus is a pain in the u know what! Target sells tons of stuff with free shipping - what a great deal. My back thanks you@@

I've been a customer since the early 80s! These folks are outstanding - definitely one of the best spots for Internet shopping for apparel and home! Superb quality, phenomenal customer service, easy returns, and my favorite thing, lots of 100% COTTON CLOTHES!

Helpful (1)
Thank you
Sur La Table
“Only ordered once, but definitely satisfied!”

This summer I ordered a cuisinart ice cream maker that was offered by other vendors, but the best deal price wise and shipping was Surlatable.com. And the ice cream maker is one of the coolest kitchen appliances I've ever bought - definitely worth the cost to be able to so easily make your own IC!

I will never order anything again from walmart.com. Yup, it's true they do have good prices, (cheap stuff from overseas! We know about that!) but my experience with them was terrible, because of problems with their shipping. I ordered a case of baby food last spring which came with HALF the jars broken - which wasn't too surprising, considering there was NO packing material in the box, with 10 little glass jars?! So fast forward... they sent a replacement box, and would you believe! THE SAME THING HAPPENED! Glass jars sent thru the mail with NO BUBBLE WRAP, NO NOTHING! EXCUUSE ME? WHO'S WORKING IN YOUR SHIPPING DEPT.? FIRST GRADERS?
I have also had other hassles with this company, but won't waste my time and yours! The Big Dub already has its own horrendous reputation...
I still shop at wm because they have stuff I can't find anywhere else, in this tiny peedunk town... but I'll never do it online again!

For 3+ years I had been carefully saving voicemails from my mom who died 2 yrs ago of severe alzheimer's, 6 months after she lost her ability to communicate. Recently I had decided to switch to a different, more affordable carrier (Consumer Cellular - 5 points!) and had gone to the Verizon store to pay off my phone so I could switch. I had had only one question for them - "would I lose anything on my phone?" The employee who had been introduced to me as being in training reassured me, saying "oh no, you won't lose anything." Fast forward to the next day - imagine my horror when I checked my voicemail box only to find that after carefully pressing 9 to save for almost 4 years, they had been deleted in a Verizon Guillotine Instant! It felt like her ashes had been stolen from me - all the grief of her death came rushing back like a tidal wave...
Shame on you Verizon, Megalomaniacal Vampire of Capitalism! I hope you choke on Yahoo!

Helpful (1)
Thank you
Zingermans
“They blew it this time!”

I am horrified that the one company that has glowing accolades for their customer service would respond this way when I had to request a refund for an item that ended up HAVING WORMS IN IT! This was the Turkish Delight candy, $40. When I called i was cheerfully given a "store credit" of $40, but when I went to use it on a $39 item, was told that I WOULD NEED TO PAY THE $11 shipping! Excuuse me? After I found WORMS in your product! I am frankly flabbergasted!

I purchased close to 3000 worth of furniture in January - because I had ton pay someone to put it together it took several months to complete. The first piecestep came out fine - the next to last one - a Finley home corner bookcase, couldn't be put together without a gap on one side. Called cs, they basically said tough s... it's been over 90 days! Was that how long that 300$ piece of furniture was supposed to last?

Thank you so much. We love it.

Simple to order. You have what I was looking for and other sites were out of stock.