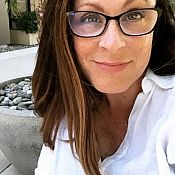 hotelpower.com
“Stole my money and their embezzlement story is FISHY”
I booked and paid for my August 2nd room reservation WAY in advance on March 16th. I confirmed with MGM that Hotel Power would have had to pass along the money for my reservation long ago. So even IF they'd been the victims of embezzlement as they say they have been, the MGM person told me that they'd have surely known about it LONG before they alerted me over four months after I'd already paid for my booking. When did they let me know? July 24th. What's significant about the 24th, you might ask? Ohhhhh....it just happens to be one day PAST the day I could cancel my hotel reservation and get back the full refund. SHADY.

I've now had to re-book my MGM room, so I've effectively paid double for it and now I have to try to seek recompense through my bank instead.

It's one thing to be the victims of fraud, it's another thing altogether to time your notifications of that fraud in your own favor. Do not use this group. They clearly lack checks and balances to their system and have a dodgy, questionable consumer response plan.

Hotelpower R. – hotelpower.com Rep Over a year old
Hey Melanee, We would like to apologize for the negative experience you had with your reservation. This is an upsetting event to all of us here at HotelPower.com as well. While we understand you have to initiate a chargeback for the original funds with your bank, we hope to work with you and that there would be no additional cost for the booking. We have reached out to you privately for your booking information so that we can make this right for you. Best -- Hotelpower customer service team.

Melanee hasn’t received any thanks yous.

total scum buckets thieving no good cheats. they signed me up for a membership i never signed up...

I booked a reservation for a resort in Marco Island, FL months before our stay. We were going on...