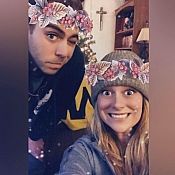 Sporting Smiles
“LOOK ELSEWHERE!!! Spend your money elsewhere! You WILL be ripped off!!”
I suggest looking into and shopping around for all companies that are able to serve your dental needs. I paid $140 for two bite guard retainers, as advertised.
I was sent the impression kit...no big deal. NOW...I need to stress that there is no stipulation/regulation stating that the impressions are required to be one dental set. I figured since I was paying a significant amount for a product, I would be able to receive the product. I PAID FOR TWO bite guards....and decided to created impressions for myself and for my husband. We both grind out teeth bad bad bad.
After sending in the impressions, close to 2 weeks later, my mail lady knocked on my door, and required payment for my shipment! I ALREADY PAID FOR SHIPPING.....also, I LIVE IN WISCONSIN...like 1 hour away from the actual location of the company itself. YET, I had to pay my mail lady an extra $7 to receive my package.
After opening my package, I realized that I had received 2 retainers that were EXACTLY the same. I contacted the company via email stating that I had received two of the same bite guards. Their response...."well you sent two uppers". I received NO emails stating that this was not allowed, and I received NO email or contact, asking me (THE BUYER) which impression I would like to have made. They just chose one impression, decided to spite me for taking two upper impressions, and sent what they felt like sending.
Keep in mind....I PAID $140 for TWO retainers. I had requested that they make a retainer of the impression that I didn't receive, and that I would remake a lower impression (to meet THEIR UNDOCUMENTED DEMANDS). The company then required that I pay another $15 for another impression set so that I could receive what I ORIGINALLY PAID FOR. I paid the $15, and AGAIN, 2 weeks later, my mail lady required another $7 in extra shipping costs (again, i live an hour away from the actual company).

When all was said and done, I finally received the products I paid for, but paid well over the listed price. Just beware, there might be extra costs.
Helpful (3)
Thank you

According to the video if you order the whitening kit your first package you will receive an...

I sent a picture 4 my impressions and they said it was good. And then they emailed me saying the...