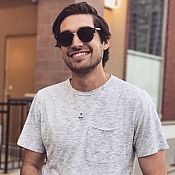 YellowPages
“Scam”
Please beware of the Yellow Pages scam! You will only recieve spam calls and emails. You will never get an actual lead from a Yellow Pages ad, do not believe their lies! They just want to lock you into a contract and steal your money.
Helpful (0)
Thank you
YellowPages.ca
“Beware of this scam!”
They will lie to you and force you into a year long contract. Told me countless times I would recieve a certain number of leads per month. In the entire year I did not recieve one lead. Recieved thousands of spam calls and emails though thanks to Yellow Pages. I tried to cancel my contract the day I saw the first bill that I was not expecting becuase I never fully agreed to their terms. Their scam artist working there * (beware of this guy seriously, he will lie and cheat you) told me that in order to continue the conversation to get more information I had to consent to their services. I told him I would say yes but that I will not commit to their contract until certain terms were met. Those terms were never met and instead they without permission locked me into a contract. When I confronted them about this and attempted to cancel the contract they would only send the 30 seconds of the conversation where I said yes. They refused to send the other hour of the phone call where I repeatedly stated that I am not interested in the services until certain things happen on my end. They pretended this didn't happen so they could steal money from a small business. Yellow pages makes its money off scamming small businesses by lying to them. Now if I dont pay my credit will be screwed up and to pay is going to really hurt my business. Yellow Pages told me this would grow my business, instead it has driven it into the ground. I have never in my life had a worse expereince then working at Yellow Pages. I hope nothing but the worst for every single person who works there. They make no effort to help situations. Their only focus is on sucking the most money out of you they can and they will go to whatever lengths they need to achieve this. Even if this means lying to you about their services.

YellowPages F. – YellowPages.ca Rep Over a year old
Hi Matthew, we are very sorry that you were not satisfied by the services provided by Yellow Pages. Our services are tailored to the needs of each individual customer, and our Media Account Consultant's are dedicated to establishing realistic expectations according to your business vertical and your product and service offering. It is also very important that they clearly outline the details of your contract and billing commitments. We can assure you that if you do not feel comfortable with the agreement and terms agreed upon, a member of our Customer Service team would be happy to look into your claim. They can be reached by phone at1-877-909-9356, or by emailing your request to customercare@yp.ca. Thank you!

Matthew Has Received 1 Thank You

Seva Z. thanked you for your review of YellowPages.ca

“I wish I could read this review earlier. Now we're in the same boat :)”

Beware of this company. Couldn't be a worse customer service experience. They literally have been...

DO NOT Advertise with Yellow Pages! All they care about is the money. They have a totally...