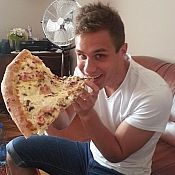 Refereeworld.com
“Don't trust”
In January 2018 I made an order for around 6,000 euros.
On 19.01.2018, I made a payment to the store's account. Goods according to assurances were to be sent by the end of February (they were needed in March), after several shifts of the deadline were sent in April, in addition it was only half of the order, I received information that the rest will be delivered at the turn of April / May. Unfortunately, such a turn of events did not satisfy me and I asked for a refund. After this information the store suddenly sent the second part of the goods 3 weeks earlier than expected, I did not accept this parcel and it was sent back to the sender. Since then I have no information from the store (over 3 weeks), I have already mentioned the return several times, but I did not receive a return email or money. I have already informed the European Consumer Center and if I do not receive any information from the store by the end of the week, I also report to the police.
Avoid this store.
Helpful (0)
Thank you

Mateusz hasn’t received any thanks yous.

Mateusz doesn’t have any fans yet.

Mateusz isn’t following anybody yet.

I bought two orders for 350 euro. i received only one order of 100 euro. i contacted the website....