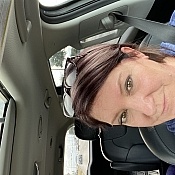 Mondadays.com
“Items not as they appear in ad”
Verified purchase

I ordered online for the first time from this company after seeing an ad on Facebook. The tops I ordered were cute and trendy in the picture. It took almost 6 weeks to get the shirts and they were not at all like what was in the picture. I gave one to my daughter, it arrived first. The second shirt came a few weeks later. The shirt was a large but fit more like a 2XL and the pattern and design were not like the picture. I contacted Mondadays about returning. Their return center is in Guangzhou, China. Here is what they replied to my inquiry to return
Since International returns might result in long waiting times and incur substantial return costs on your side, we recommend some alternative methods to resolve this issue.
We would like to offer you a 15% cash refund instead of returning the item(s). If there are any sizing issues, you can use this fund to alter the cloth.
I now know better. Do not be fooled by the cute clothing pictures advertised on your facebook or social media pages.

Tip for consumers:
Items I received at not like items in the ad I ordered from

We purchased a KitchenAid Range from Sears 3 years ago. We have some other KitchenAid appliances and have been happy with them. I wish I had asked more questions about the AquaLift Self Cleaning Technology. I have had self cleaning ovens in the past and was always happy with the results of a shiny new looking oven after a cleaning cycle. The AquaLift Technology is really a joke. I have tried multiple times using the AquaLift cycle and have repeated up to 4 times a cleaning and have yet to see not one difference in the condition of my oven. You cannot use chemicals r cleaners in the oven so I am stuck with a dirty dingy oven. I cook quite often and it frustrates me everytime I open the oven and see the lingering mess. Check out the reviews online for AquaLift for yourself and take my advice. Do not buy a range/oven if this is the self cleaning method.

I will never EVER use or recommend using Travelocity again. I made a mistake booking hotel rooms. Getting the correct itinerary never happened. I was told several times the rooms I booked for the incorrect date were canceled. I called the hotel and the reservation had not been canceled. Called Travelocity back and had to call back multiple times to get the rooms cancelled. When we arrived the hotel, we had no reservation, despite me receiving an email the day prior confirming my reservation and itinerary. I spent so many hours on the phone over this ordeal and their rates were not any cheaper that the hotel's. They are a gimmick and don't tell you the truth. Please dont waste your time or risk losing your money.

Helpful (1)
Thank you
Anolon.dedicatedcookware
“Problem with registering for warranty”

I have tried several time to register for the Warranty and their website does not allow me to proceed after a certain point.

Helpful (0)
Thank you
DressLily
“Have not received order, feeling concerned.”

I received an email that my order was shipped October 11th and as of today have not received. I have tried to track my order and have been unsuccessful.

I still have not heard anything other than a request for order number which I sent. Pretty sure I have been robbed.

Dear Martha A.
Thank your for your message.
We want to apologize for any and all inconvenience caused.
Would you mind sending us your Valid order number or ticket number by message here?
We would take care of your complaint and offer a resolution via the ticket center.
Could you please check your Dresslily account and answer to us?
Great thanks to your kind understanding and patience.
Yours sincerely
Dresslily Customer Service

I've read reviews here and am concerned about my recent transaction with JJs House. My dress arrived, it looked just as I had expected it to, I was made according to my measurements. I tried it on yesterday morning and the zipper got stuck about 4" from the top. My husband and I worked almost an hour to get it to budge then finally roving the dress over my head without causing any damage or ripping. I have tried repeatedly to move the zipper and it will not budge. I have submitted a response to customer service and they requested pictures which I sent with my inquiry. I am a bit anxious after reading the reviews here. I requested to return the dress for a full refund since the zipper is broken. I inquired with a seamstress and it will cost $25 or more to replace zipper. There are also a couple of places that the beds are coming off because the threads are broken. This was to be a mother of the bride dress and I cannot afford the time to re-order and wait.

I have been in communication with some very helpful customer service members with JJs House helping me to return the dress with a broken zipper. The most difficult past is the time and distance between us but they do respond positively. I have been offered full refund on the dress which is still pending with the credit card company. I mailed the dress back 2 days ago after receiving instructions from customer service. If all goes well I should hear that my credit card was credited the amount for the dress in a few days.

Glad to report that JJs House did come through and credit my account for the original dress and shipping as well as the return shipping. I was out no money at all for the dress I received that had a damaged zipper.

JJs House customer service kept in touch with me frequently with instructions on how to return the dress.

We are glad to hear that your case is resolved to your satisfaction. Thank you for updating us on it. For any issues, you may send emails to feedback@jjshouse.com with the title ”SJ + your order number + your issue”. We will be always at your service.

Thank you for your kind understanding and support.

Martha hasn’t received any thanks yous.

Martha doesn’t have any fans yet.

Martha isn’t following anybody yet.

I contacted KitchenAid through their website on April 28,2021. That same day, I received a reply...

Where do I start even? Ordered in October - sent with wrong engraving. Sent it back - came back...