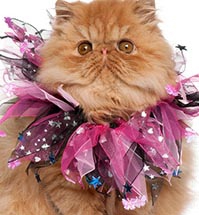 Banggood
“Still nothing!”
• Updated review
It's been a week, despite yet another canned response, claiming "If we have shipped the wrong item, we will either refund you in full or dispatch an alternative item", neither has been done. In fact, after I complained about the wrong tapes, I received the rest of my order, a MUSTOOL SD2 Soldering Station (ID: 1590175), which also needed a complaint. First, it was irresponsibly packaged, in a simple plastic bag, with no protection whatsoever. Luckily it appears the only damage was to the product box, and the manual. More problematic is that it is an astonishingly cheap product and has broken after two uses! The iron keeps bending in the middle because the threads strip far too easily. I can tighten the two halves back together, but they separate with the lightest of pressure making it completely useless.
I sent an additional email, which apparently didn't even rate an automated response. As there was no progress to the PayPal complaint, I was forced to escalated it to a chargeback case, adding the Soldering Station, and will await the results from PayPal.
Helpful (3)
Thank you

Thank you for choosing Banggood and sorry for all the inconvenience caused.

We will offer you the best solutions once we confirmed your case, if you have contacted us via email, we will reply you within 24-48 hours, would you mind waiting for it?

We are sorry that we can not know well the details of your problem, and we also take the security of your personal information seriously. Therefore, if you have any other questions, we suggest that you could contact us via these links:
Personal Computer: http://www.banggood.com/Contact-Us_hi111
Mobile: https://m.banggood.com/contact_us.html

Banggood Team
“Another dismal Chinese seller!”
• Previous review
They got my order wrong, sent me 4 tapes that were the wrong model, less than $15 worth of product. Not a big deal, easy to fix, right? So, what do they do when I ask them to fix it? First, they wait 4 days to respond, and then send me a canned response ASKING ME TO SEND THEM PICTURES!? This is so common with all of these Chinese companies, they are very polite, while they make things so incredibly difficult you eventually just give up! I sent them a very professional message, with all the pertinent info, including the differing model numbers. For them to even consider inconveniencing me even further with these outrageous requests is incredibly unprofessional and disrespectful of my time, of which they have already wasted too much of.
When I told them this, they then simply ignored me, I haven't heard back from them since. So I have started a PayPal Case for the whopping $14.24, what a waste of time & effort. I will not be buying from Banggood again.

Thank you for choosing Banggood and sorry for all the inconvenience caused.

During delivery, please make sure the package is in good condition (no sign of being opened) and confirm the contents before signing the package.

1. Provide your order number and the product code (SKU number).

2. Please send us a clear picture of the outer packaging, all shipping labels visible, and (if applicable) the item received.

Possible Solutions after the problem is confirmed by Banggood:

If there is an item missing, we will resend the missing item/accessory for free within the warranty period.

If we have shipped the wrong item, we will either refund you in full or dispatch an alternative item (if applicable and available). Banggood will decide whether you need to return the wrong product or not and reimburse you for the return shipping fee when we receive it.

We are sorry that we can not know well the details of your problem, and we also take the security of your personal information seriously. Therefore, if you have any other questions, we suggest that you could contact us via these links:
Personal Computer: http://www.banggood.com/Contact-Us_hi111
Mobile: https://m.banggood.com/contact_us.html

Banggood Team
CCleaner
“Absolute scam, cannot be trusted!”
I went in to purchase the 30% off, 1-year subscription. The page automatically selects the yearly renewal, where you must physically cancel to stop them from a yearly re-charge of the full $24.99. So I un-clicked the box, and the agreement under the Submit button switched to where I was no longer agreeing to the yearly charge. BUT, when the page sent me to PayPal I was told in the fine print that I was allowing them to deduct a yearly charge, with no way of opting out! Thank goodness I re-read the terms on the PayPal page, I wonder how many people don't?
So, I called their customer service, which is not an easy phone number to find, and their answer was that I could simply cancel before the year was up. When I said no, I don't want to agree to it in the first place, THEY HUNG UP! I called back, got the exact same response from a different agent, they also hung up instead of explaining!
This is despicable behavior from a supposed security company who is supposed to be trustworthy. How can you possibly rely on their product when the company itself has such an astonishing lack of integrity?
Helpful (3)
Thank you

MARK hasn’t received any thanks yous.

MARK doesn’t have any fans yet.

MARK isn’t following anybody yet.

Quite possibly THEE WORST SITE TO PURCHASE FOR ANYONE! I was enticed for their unbeatable prices...

I have the exact same experience with BG as another reviewer phrased it: "All replies from them...