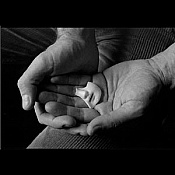 Dropping bombs on the sun

Reddit
“Unhealthy”
Not really a conversational forum (where you view active threads, subscribe to threads). It's more like a "post & reaction" slideshow. The worst thing is that it's a very clique promoting, an echo-chamber of "proper" thought. Anything that alters the "sub's" orthodoxy is "hidden" with downvotes. Some subs have very toxic mods.
Helpful (1)
Thank you
DSLReports
“Biased info, poor moderation.”
A legacy from the 00s. Very cliquish moderation/bias. It's lost a lot of traffic/participation in the past 20 years due to heavy-handed, intolerant moderation.
Helpful (0)
Thank you
Mental Health Forum
“Do not trust this site with your personal info (or even your self)”
This site exists as a vanity activity (for those who created it). I'm sure they mean well. But, they're oblivious to the responsibility they have for keeping members safe; their info private, etc. They'll reveal your private info, then claim there's nothing they can do about it because they're "too busy (you should be thankful for their service)." If you chose to leave, they'll make it look like you were banned. They simply *never* put themselves in the members' shoes.

As another reviewer noted (Femme), it's an abusive/toxic environment. I got hit with two very specific rules in my first *12* hours (posting a link as a new member -- which was never disclosed to me as a rule, and discussing medicine, or self-medication. I never understood which was the problem.). When I gently suggested to a mod that the new-member experience would be improved if those specific rules were included in the rules new members are required to read (when registering), I was told I should read the rules(!).

That's how they are. They're not listening. They hold members to extremely high standards, saying "it's to create a safe place." But, when you point out how toxic and gaslighting the staff feels, they brush it off with "we're too busy" or "we're just volunteers" (you're being ungrateful).

I left after just 24 *hours*, seeing the writing on the wall. The moderator urged me to stay and give it more time. I was tempted, but they didn't suggest *why* I should assume anything would be different. It just sounded like "happy talk," a nice hostess. I asked for my account to be deleted. It was *banned*. When I asked for that to be corrected, they said they couldn't. When I pointed out that was a lie, they corrected the matter.

After *all* of that, I asked the mod to thoughtfully consider how I was proven right. I mean, the mod was urging me to stay, like things would be different. My gut feeling was not to trust them. I affirmed my desire to leave. They couldn't even handle that request responsibly. I continued to be entangled with them, in conflict (asking for my personal info to be removed from public view; told they can't -- when can, and did.). The moderator didn't even have the integrity to reply to that question. They don't feel any responsibility there for how they can hurt people.

It's just a horrible place like that. I don't think they're good people. They're totally oblivious to their responsibility for running a forum. They profusely wave around "safe place." But, that means is them moderating the living daylights out of *you*. It's all about *you*. When you point out how the staff is creating an unsafe place, they don't hear it. They'll get huffy about how busy they are, or just volunteers (and don't deserve criticism). But, if you're too busy to compose a post correctly, they've got all the time in the world to mod-edit your post into what they think you should have said.

So, I strongly advise being careful with this site. They appear to have left another forum thinking it would be "fun" to have their own. Just a vanity endeavor. They split that existing community, and are simply uncaring about their responsibility for cultivating a community (especially a community of vulnerable persons). That's not even on their radar (beyond making members appear to be safe to others, which they have endless resources to do.).

If it were any other forum, a forum for car repair, etc, it wouldn't be a big problem. But, it's a site for *vulnerable people* run by people who don't take that responsibility seriously *AT ALL*. They're *defensive* about it. The extent to which they wave around "safe" place" is to control *you*, not them.

You can get hurt there. Trust me, they don't care about that *AT ALL*. I tried to be gentle, suggesting these things, and they were just annoyed. No integrity at all. I asked thoughtful questions, and they were offended.
Helpful (0)
Thank you

They've gone from a breath of fresh air: an alternative free speech community run by the people...

Forasmuch as I partook of Reddit as part of my job to promote reviews and connectivity with...