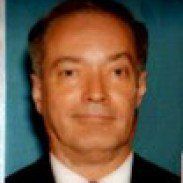 The relationship started off well and went well for a few months. However, the last 3 months it has gone drastically downhill - fast! Last month, I received the usual email saying I had earned $5 for February, but going online, it stated that since my device/app was inactive, I could not collect. After a great deal of effort in dealing with an apparently ineffective or apathetic "support" staff, I was able to redeem that $5. Then, I received an email saying I had earned another $5 for the month of March. Same thing - I go online and it said since I had been inactive, I couldn't redeem that $5. I sent them screenshots proving I was active. No response from "support". I wrote them again, with proof. I received (eventually) the same apparently canned response that I had been inactive. I wrote again. By this time, apparently deciding they just wanted to get rid of me, they said they were cancelling my membership because I had two accounts with them. I wrote back, that I couldn't have 2 accounts as they wouldn't both be running on the same device, my PC, the only device I had the app installed on. They do have two addresses on file for me, for some reason, but there has been only one active account. This site is a scam. It may work alright at first, but I bet it will degrade quickly after that. My advice is to stay away - it is a scam!

Helpful (0)
Thank you
MapQuest
“Has Mapquest lost its way?”

What has happened to Mapquest? It has become relatively useless! And besides, don't you test system design or programming changes before rolling it out?

I use mapquest daily to look up distance for jobs when scheduling service techs at my work. I can...

To many pop up ads. Use to be easy to get directions now it is complicated. I guess you couldn't...