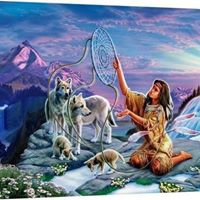 Plow & Hearth
“They have no respect for Customers”
I purchased a spinner from them....It was NOT cheap....in about 13 months (nicely one month after the warranty) the pole ROTTED...and it just tipped over...I asked them if I could buy another pole...they don't make them anymore...They make TONS of these!! tell me another pole wouldn't fit??? They offered me NO remedy, NO caring, not even a lousy discount on something else..I will NEVER..EVEr..purchase another of their items.

Tip for consumers: one word..DON'T

Helpful (0)
Thank you
JupiterSupport
“Beware this Company!”
After several months, I got a call saying my computer was full of malware...I asked how they knew...they said when I signed up for a year my computer was linked to them..They spent an hour showing me all kinds of lists of things which they claimed were malware, warning me not to use the computer..Then they wanted $ to buy something to clean it with..I told them no thank you, it was too old and I was thinking of upgrading...He told me to wait for his supervisor, who came on very beligerent and told me he could not let me use the computer any longer for the safety of others! I told him to get off of my computer and leave me alone...he continued saying how he'd stop my computer, etc. etc and would NOT get off..I finally shut it down and hung up, and he called back and said now the computer was useless! it took over an hour before I could get it working again, and I called the police and my credit card and they said the #'s they gave were no good..I'm going after them..BEWARE!
Helpful (7)
Thank you

Marilyn hasn’t received any thanks yous.

Marilyn doesn’t have any fans yet.

Marilyn isn’t following anybody yet.