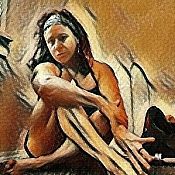 I'm an independent scholar with a multi-disciplinary background (BS biology/chemistry, MS chemical ecology, PhD sociology of science, postdoc Latin American studies). As such, I do research but I mostly write for a living, besides strength coaching (online). I'm a rule of law kind of person and a consumer's rights activist.

My stronger skill to help private individuals is being an expert in medical information. I served as expert witness in medical boards and have been a fellow and consultant at the Panamerican Health Organization. I can also help with evaluating the quality of training equipment.

Marilia hasn’t received any thanks yous.

Marilia doesn’t have any fans yet.

Marilia isn’t following anybody yet.

Honestly, i consider their products to be best ever! Perfect material, reliable construction,...

This is a great laptop! Exactly what I needed and for a great price! Once I took it out of 'S'...