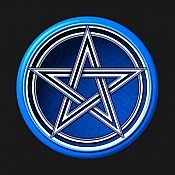 Psychic Emily
“Emily Halifax is a Psychopath & Dangerous!”
I am a Psychic/Medium in the United States and of the Wicca/Pagan faith. I have seen many of Emily Halifax's You Tube videos.

She behaves in an unethical manner and violates client's privacy by posting their name, spell petitions and spell candle burn results on her You Tube channel. You just don't do that and her burn interpretations are inaccurate. She has also had multiple mental break downs on her You Tube channel (rant videos) where she has yelled at clients for their mistakes in writing their spell petitions. Instead of educating clients, she yells and insults them.

In addition, Emily calls on dark forces in her spell work and does "D. U. M. E" candle spells which is also unethical and could hurt people physically. Around February of 2020 Emily's You Tube and Instagram Accounts were compromised by hackers. These hackers have contacted Emily's clients directly trying to get them to pay on "Whatsapp" which is a messaging application run by Facebook. When her client(s) have asked if that's how/where they should pay her, she has yelled at the clients and become sarcastic, instead of directing them to the right method of payment.

Emily has asked her clients to report the hackers to You Tube and Instagram, but she refuses to contact You Tube and Instagram herself to resolve hacking issues. In short, Emily does not practice magick in an ethical/logical manner. She doesn't treat her customers with respect or dignity.

Emily was arrested for prostitution in 2014 under the name "Emily L. Westbrook" in Oklahoma. She was charged with a misdemeanor and put on probation. This arrest could be why she changed her name from Emily West to Emily Halifax. Currently, Emily has a Class Action Lawsuit pending against her. She appears to have multiple personalities which are caused by negative spirits that attach to a person's Aura. She's arrogant, narcissistic, can't feel empathy or compassion, breaks the law repeatedly, lies, robs people blind, threatens clients and that can be summed up in one word: PSYCHOPATH!

Tip for consumers: Stay away from Emily Halifax (her real name is Emily L Westbrook).

Margarette hasn’t received any thanks yous.

Margarette doesn’t have any fans yet.

Margarette isn’t following anybody yet.

Me along with many others were mislead and felt scammed by Emily Halifax. We are in the process...