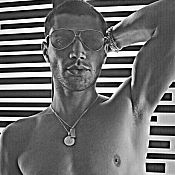 I'm in the military and I got relocated to the East Coast. I did not want to drive so I shipped my Toyota Corolla through Enterprise Auto Transport. I've shipped cars in the past because I was in Jacksonville Florida for fou years. I shipped one when I was deployed for a year and then I had it shipped back when I returned. I shipped it again once I deployed, and both times the services weren't that great. So this time going into it, I really did my research and looked around well. I've looked at about 10 transport companies and Enterprise Auto Transport was professional from the get-go in the conversation that I had, their mannerism, and the way they carried themselves. Everything was really good with them, so I felt comfortable.

When I contacted Enterprise Auto Transport, the representative called me back and explained the process. She said shell follow it up with an email and she did, which was very good. From that point on, we established information and went from there. In comparison, the other people I called were so eager to get my money and kept asking me to commit now then they'll give me a quote. I was really impressed with the way the transport organizer handled my situation and she has very good knowledge.

I was in constant communication with my broker at all times and they did a very good job at it. They gave me a week window so initially when I didnt hear something for three days, I started to panic and they said it was because they haven't found a driver yet but once they find a driver they'll let me know. And truly, they did and they told me the driver will be contacting me. So, everything went according to plan.

Enterprise Auto Transport price was also fair. The quote they provided was very comparable to what I received from the others, but the services were better. During delivery, the original quote was very accurate and didnt change at all. Whereas in the past with the other companies that I've used, the price changed. We set up a timeframe for the delivery and the gentleman driver was very helpful and friendly. Everything went well and smooth. In my past experiences, we had to go and meet the driver at a shopping center but this time, the gentleman came very close to where I was living, so I was quite impressed. I literally walked from my house to about three quarters of a mile and then I was able to go pick up then drove the car. The transport took 5 days and it was less than what they had estimated the fee, so that was another impressive piece. The cost of service is phenomenal and the vehicle was in good condition when it arrived.

I've made it a point to alert all my military friends on the East Coast and West Coast to use Enterprise Auto Transport, so I'm giving them as much business as I can because I was thoroughly impressed and satisfied. I would tell them about my complete experience and how everything went according to plan. I also write contracts for the Marine Corps, so it worked out well. It wasnt no false advertisement. It wasnt no gimmick to get a customer in the door and then they can switch. Everything that Enterprise offered, they delivered.

Marco hasn’t received any thanks yous.

Marco doesn’t have any fans yet.

Marco isn’t following anybody yet.