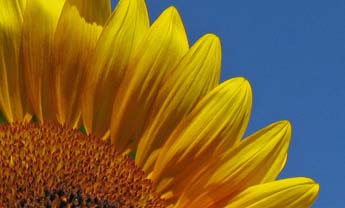 Ambient Direct
“Avoid at all costs”
Avoid at all costs - once they have your money, forget about any kind of service from them. Nothing is their problem. They have a great selection of products at good prices, but delivery times are always much longer than the website implies and heaven forbid you have any problems. We currently have 2 outstanding problems with them, and despite multiple emails and phone calls they have done nothing about them. In the first, a Louis Poulsen lamp we bought 10 months ago is broken. It's still under warranty, but when I emailed the manufacturer they answered within the hour to say I had to go through ambiente to make a claim. I have sent 4 emails with photos but they have not even replied to say they have received them and started the process. When I called to check they were rude and told me 'it can take a very long time to sort out a warranty, there are a lot of variables we have to deal with. I cannot tell you how long it will be." When I pointed out that all I wanted was confirmation that they had received my email and had started the process of getting the warranty to cover the problem I was told that wasn't possible because it's an automated system and that I just need to wait. So here I sit hoping they have actually received my claim and having heard nothing from them in weeks. With a broken and expensive lamp.

My second issue is a sideboard and two standing lamps that I bought and have been waiting well over 6 weeks for. They have apparently dispatched them and the DHL website says it's delivered, but it hasn't been delivered to me. DHL say it isn't their problem because I didn't' pay for the despatch and it was sent to an address in Germany (not Netherlands where I live), and ambiente said its no longer their problem because they despatched it. When you phone them you sit on the line for ages waiting, and if you're lucky you get through to a very rude person who insists it isn't his / her job to help you. So now they have over 2,000 euros of my money and I have no products. But someone in Germany does. Hopefully they will bother answering the phone soon and at least try to get me the products I've paid for.
Helpful (0)
Thank you

Majbritt hasn’t received any thanks yous.

Majbritt doesn’t have any fans yet.

Majbritt isn’t following anybody yet.

I ordered an armchair and paid for it weeks ago. They did not deliver on the day they promised,...