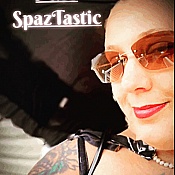 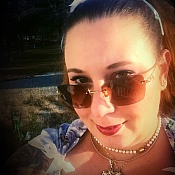 Howdy Y’all’s, I’m Mizz SpazTastic aka Lorrie, Lil Miss Lovely Crazy Lady & The Dress wearing Loud & Lazy Country Fried MESS you will all come to know & love! PLUS SIZED PINUP, I’m NOT Purdy for a FAT GIRL, IM JUST PLAIN PURDY, PERIOD. I EMBRACE MY DISGRACE WITH A MESSED UP SMILE ON MY FACE! My motto? “ ALWAYS TRY to be NICE, but NEVER FAIL to be KIND “ kindness is the most important thing in my world, I’m an extremely empathetic entity, and I feel there is no damn reason for rudeness! XOXOX

I’m great with plus sized fashion, ESPECIALLY retro pinup rockabilly looks and fit and flare dresses. How to dress for your size and look great, no matter you’re size! Every body is beautiful and can be flattered and displayed you just need to find the RIGHT WAY to display it! BEAUTY IS IN EVERYONE. Also I’m a very helpful and uplifting person, always ready and waiting to be of assistance to others!

Bernie Dexter
180 Views
“Quality not quite up to the PRICE”

Ok so I love lots of the Bernie dexter styles but guess what? Those styles I love they rarely make in my size of 3x-4x, I'm actually between sizes in bernies, I wear the Paris dress in a four X but it's too big and the three X too small in the waist, and the dresses ( I paid $180 for a beautiful print but was disappointed bc the dress was thin, had no lining and didn't seem like it was going to hold up to much well, which if your paying $200 bucks for a DRESS, then you usually expect QUALITY that will LAST. This one disappoints a bit I must admit! It's a shame too! Cute stuff

This is another great place to get quality retro pinup rockabilly looks if your plus sized up to women's 24. With loads of cute little dresses, skirts & tops & accessories, they are a bit pricey but worth it, quality dresses as far as I have found. I adore the ruby dresses, I own four in different colors as well as several others. I will continue to buy here, although shipping can be most high but it comes pretty quickly! Get excited for more flattering clothes!

Tip for consumers:
Be prepared for shipping AND CHECK THE SIZE CHARTS

I ordered the black floral ingenue dress from Micheline Pitt and it is now my new FAVORITE DRESS EVER! So ofcourse I HAD To get it in white TOO! Lol! Not only was it slightly less expensive than my other favorite and comparable site, pinup girl clothing, the dress was about $40-$55 less than I would have paid on pinup girl, but the quality was just as wonderful if not better Fitting in some ways and the dress came SUPER FAST, avoiding the shipping delays I usually get from pinup girl. The site doesn't have quite as many items to offer as pinup girl, but the collections they do have are all fabulous, beautiful, well made, and fairly priced! I highly recommend giving it a try!

Tip for consumers:
Order FAST, everything sells out quickly in certain sizes

I simply love the style design and quality of pinup girl clothing! Everything is extremely well made and fits like a dream, however I've had many problems where I would submit an order for items listed as in stock, then the company would wait 1-2weeks to process and ship, and when they finally got around to my order, the items I had ordered where no longer available. That has been INFURIATING as well as the long wait for the company to actually ship your order if they actually do still have it in stock! I've also had one issue where having taken so long to ship something came up and I decided I wished to cancel the un processed order before it shipped, to avoid costly return prices, so I emailed customer service and asked politely if it were possible to cancel the order. They responded pretty quickly with an "OFCOURSE WE WILL CANCLE THE ORDER AND REFUND YOUR MONEY IMMEDIATELY" however within ten minutes from that email being received and read (&responded to with a happy thank you) I received a text message as well as a shipping notification stating that my full order had been processed and now shipped to me! I WAS FURIOUS. So Ofcourse I immediately called up customer service ( ONLY OPEN FROM 10am-2 or 3pm EASTERN TIME) and spoke to who I assume must have been a nice person, however I could not understand anything he said, aside from "mistake" "intercept shipment" and "sorry". I asked if I would be refunded and the shipment stopped and he said again "IMMEDIATELY". So I watched online as my order was marked canceled and then refunded. But when I looked deeper I noticed they had only refunded HALF my purchase price but canceled the entire order, so AGAIN I called customer service only they were now CLOSED so I began emailing again. Anyway it took me several days to straighten out, days in which I desperately needed that $ for a medical reason, and it was an anxious and very unpleasant several days as I was very ill and scared I would not get my $ back. I'm unemployed due to illness and I RARELY get to buy anything for myself so this one time I was able to I had hoped for a wonderful experience but received nothing but grief instead. HOWEVER I AM GRATEFUL THEY AGREED TO REFUND MY $ AND STOP SHIPPING MY ORDER! And I must admit I HAVE NEVER BEEN DISAPPOINTED WITH A GARMENT IVE PURCHASED FROM PINUP GIRL CLOTHING!

Tip for consumers:
Get what you want quickly , they sell out of many sizes SUPER FAST and often do not restock them

Lorrie hasn’t received any thanks yous.

Lorrie doesn’t have any fans yet.

Lorrie isn’t following anybody yet.

Bernies people skills are sadly lacking. Bought from her years ago when she was a small time ebay...

The dresses are nice but I am severely put off by the way this woman runs her business! I made...