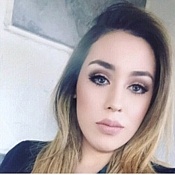 TickPick
“Unsatisfied costumer”
Placed several purchases for a concert that was originally on Feb then was postponed to March then August 15 for an Arena that was not and still not open to the public due to Covid-19. Called, no answer. Emailed several times no answer back. Lack of costumer service! I haven't got an email regarding the concert since April, yet I still keep getting emails regarding new concerts! Unacceptable! That's just wrong. It's not our fault this crisis happened and we deserve a refund. I don't even want to go to the concert anymore. I'd say I'm unhappy with the way I'm being treated but I'm not even being treated at all. I'm not being acknowledged.

Tip for consumers: Sad to tell you but Don’t use this site. Not being fair to the customers what so ever.

TickPick attempted to help this customer through the Sitejabber Resolution Center, but the customer did not respond

Lizabeth hasn’t received any thanks yous.

Lizabeth doesn’t have any fans yet.

Lizabeth isn’t following anybody yet.

If you solicit experience, give detail on what the transaction was... if you won't bother than...

Our show got postponed and there is no way to get refunded.