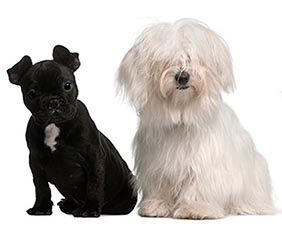 Ironworld.ca
“I was called a $#*!”
Purchased from IronWorld 10 panels of their classic wrought iron fencing. Spoke to Robert on the phone who I believe is the owner of iron world. We had discussed over the phone that I would purchase 10 panels and I remember clearly advising that I wanted posts in between. This was priced at $3,000. Delivery date came I only received the fences and no posts. I called Robert that same day we had a discussion over the phone and he told me that most people just budded the fences together question mark that was not what we discussed nor would I would want I feel like that is not a classy look and cheapens the $3,000 I spent on fencing. Whyever the confusion, we came to an agreement that he would provide me with to post for your charge and that I would order 10 further posts at 14.95 and that they would be delivered to me and I would pay another charge to have them delivered. I agreed because I really wanted my fencing in but In fairness to me this should have been all handled by the company. Delivery day came for my additional posts, which I took the day off work in order to receive the delivery and it was cancelled about an hour before its arrival. The company made no attempt to have them resend to me I followed up several times by email and telephone calls. Today fed up I called again, spoke to a customer service rep I have spoken to her before couldn't remember her name however but I strongly believe that she is his wife or partner of sort but I explained to her that I was upset it is now may of 2017 I have been patiently waiting since August of 2016 . She went out to look for post came back in and buys me that they were all sold. These posts can take the weight of these 110 pound fence panels that I purchased needless to say I was extremely disappointed at this point. Are you reiterated how disappointed I was to her and her response to me was that I should just but my fences up together stop being so picky or go find someone that has post similar and Scout them out and to not ne a $#*! and then hung up on me.
I cannot believe that after spending the amount of money I did on 10 panels for fencing, I was provided with such a disgraceful customer service experience. I would definitely rate this company as transactional and not customer oriented.
Lisa Iturriaga
Ironworld
13418 Loyalist Pkwy, Picton, ON K0K 2T0
Helpful (1)
Thank you