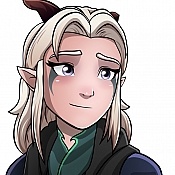 Zoosk
“Not the Best For Dating”
I've been trying to get back into the dating world and haven't had much luck considering the coronavirus and everything, so I looked into online dating. Zoosk was a top recommendation so I gave it a go. Unfortunately Zoosk, like many other dating sites, is nothing more than superficiality and shallow people. It's all about the picture. And yes, while I was getting many likes, they weren't good MATCHES. Sure, you can be a hunk of a man, but so what? I care about your character and personality. Who you truly are at heart and that's the problem with Zoosk and other dating sites. Many people don't focus on one's character and personality. It's all about that picture. Whose hot and whose not. And personally I find that terribly sad and superficial. With the virus keeping things on lockdown it's hard to get out and mingle and meet people like I used to be able to do and I am so sick and tired of the superficiality of these dating apps like Bumble, Zoosk, and especially Tinder. If you're looking for a serious relationship, I wouldn't look on Zoosk.
Helpful (3)
Thank you
Quora
“Just Awful Moderation”
Hi, I'm Lily Rimes.

I used to be an avid writer on Quora. Had been for two years. I wrote in a wide variety of topics, mostly about Historical European Martial Arts and swords. I LOVED Quora, and over time earned 3K followers and made many friends. It was like a family to me, and became me favorite social site for it had so much to offer. And then suddenly, without warning, I found meself banned for "policy violations". I couldn't believe it. Two years of writing, gone in the blink of an eye.
I made an appeal, asked for a legitimate reason as to why I was banned. I was give the classic "boilerplate" response and was NEVER given a legit reason as to why I was banned.
A petition was even put out for me from a friend I met on Quora, and a few hundred people signed it and made their comments, many also stating they saw no reason for my ban and felt it was unjust.
Over time, it has gotten me to think and observe. As much as I love and adore Quora, there is one super glaring problem. THE MODERATION. And no, I'm not saying that cause I'm salty over me ban. It's a bloody fact. They're awful. They allow trolls, report spammers, and catfish to roam free on Quora with 0 problem and yet good writers are constantly banned. And if ye do some research, you'd find out there are some real snakes in the grass. I've heard several rumors of "rogue" moderators banning people who they dislike, or bots just making bad decisions and banning people for no good reason. And does Quora ever own up to their mistakes? Pfft... extremely rarely. From me understanding and research only one guy I know of ever got unbanned and that's just because he was insanely popular. 100K follower popular.
It's just bloody ridiculous and I don't understand it. From the time I was on Quora I came across many profiles that should have been banned, legit reasons, bullies, trolls, catfish, etc, etc. And those accounts are still there. Meanwhile, I and other good writers get wrongfully banned.
And it hurts cause Quora was very near and dear to me heart and to get thrown off it, like some piece of garbage for no good reason is an insult. Cause here's the thing, as I mentioned before, there are some real snakes in the grass on Quora and if you tread on those snakes the wrong way... they will bite... and you will be banned.
Quora is without a doubt THE BEST question and answer site on the web at the moment, but if ye be interested in joining it, be careful. Do your research, Quora is more tainted than you'd imagine.
Helpful (19)
Thank you

Lily hasn’t received any thanks yous.

Lily doesn’t have any fans yet.

Lily isn’t following anybody yet.

Hes wonderful such an amazing person, I mostly enjoyed talking to him and finding out what a...

This is not a reputable company and they don't handle complaints well. They are great scammers...