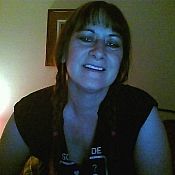 Former police officer and now self employed. I'm from Texas and spend several months a year in Australia.

I'm good at recognizing scams and shady sites and people. Instincts are still in tact and sharp.

Web2msg
“I hate to complain about a site that offers something...”

I hate to complain about a site that offers something free to the public but I'm mainly reviewing this so no one wastes their time using this service since it no longer works.

It used to be a very good service. If you're in the US you could text to people in Australia with several different cell phone carriers and even receive replies. There were a limited amount of texts you could send a day but hey, it was free, how could we complain?

It had a bit of a problem with the amount of allotments for various carriers a day and they would have to cut off messaging after their share of allotments had been used up but it would reset every 12 hours so even though it was unavailable at times for some carriers, it was okay and it was understandable.

Unfortunately, this service hasn't worked for the last few months and when you text someone, you get a message saying message delivery failed, try again later, but when you do try later you get the same message.

It's a waste of time using web2msg these days. I don't know if they've just abandoned the site or what. I've sent emails asking if they were having problems but no one ever answers. Before, the staff would communicate with you and answer your questions but not anymore. I guess it doesn't hurt to periodically check to see if they're up an running now and then but I don't see it coming back.

I'm thankful to the site for the time they were operating because they've saved me a lot of money on international texting. Too bad it seems to be shut down now. It used to be a wonderful service. Sad to see them go.

You can search a person's name and if it's listed, in most cases they even have a month and year of the persons date of birth as well as listing previous addresses. There is a feature that is called "get the dirt" which will direct you to an Intellious site which is a paysite for background check but if you click around the info it does give you, you can even dig up names of people related to that household.

It's help me to locate quite a few people and you get the year they were/are associated with the address and phone numbers provided. Even if you don't have a date of birth, it's still worth a try because the info you do get can help you narrow the field down.

I've been over at Fox now for a few weeks now. It's a bit like a mini myspace where you can post blogs daily on anything you want to blog about and it has the daily news and the articles are pretty good too. You can post pics, videos and you can friend people and send messages back and forth.

It's much better than click2houston and like sitejabber, the web staff and tech guys listen to your suggestions and they reply as well. And, you can even communicate with some of the newscasters and reporters via the blog and send them messages and they answer when they can as well.

They've had a few bugs causing some technical headaches for them but they seemed to have worked them out. I really like this site. I sent them a suggestion to add a feature for notifying us by email when we get a message and they actually put it into the program.

Helpful (6)
Thank you
Topix
“For any of you that run across this blog site, know...”

For any of you that run across this blog site, know what you're stepping off into first. There is virtually no moderation for the site and the personal attacks on bloggers by other bloggers are brutal.

Get this! You can flag an inappropriate comment and you'll be lucky if it's ever removed. If you want it removed within 24 hours, they want you to pay them $19.95! So, you get trolled and attacked and then have to pay the website to remove the offending comments, which are usually numerous so they are making money hand over fist off of their bloggers misery!

The following item was posted on the Kentucky forum from the Attorney General's Office. It's not just Kentucky and Connecticut, this is a problem on all of the forums on Topix in every state and in different countries as well.

In a letter sent today to Topix.com CEO Chris Tolles, General Conway and Connecticut Attorney General Richard Blumenthal, chair of the National Association of Attorneys General Multistate Task Force on Internet Safety, expressed their significant concerns with the Topix.com "Forums and Polls" pages and the website's $19.99 fee for "priority review" of inappropriate posts that violate the website's terms of service. An initial investigation by the attorneys general reveals that the "Forums and Polls" section is used to post derogatory information and appears to operate without moderators. In fact, a large percentage of the posts in some Kentucky forums contain explicit, vulgar, obscene and defamatory posts about citizens, including children.
"Abusive or negative posts can have a devastating impact on youth. Tragically, many teenagers today turn to suicide as a way to escape abuse or cyberbullying on the Internet," said General Conway. "I have heard from parents, consumers and officials from across Kentucky who have complained about the outrageous comments that are allowed to be posted and not policed by Topix. General Blumenthal and I find it deplorable that any website would deliberately create an environment where false and derogatory comments about children, or anyone, would be permitted and then allowed to remain on the website."
Generals Conway and Blumenthal urged Topix to remove abusive posts as soon as possible and not try to profit from their removal. The attorneys general also caution that requiring consumers to pay to remove posts that violate the site's terms of service poses serious consumer protection concerns. Even though the website allows users to "flag" posts for removal, consumers have found that to be ineffective in removing posts. Consumers are also given the option of paying $19.99 for an "expedited review," which does appear effective in having the post removed. The attorneys general also complain that the website is confusing and appears designed to steer people toward payment of the $19.99 option.
"How outrageous that targets of false and obscene posts may be victimized twicefirst by the abusive comment and then by the charge to remove it. Topix should reward, not rip off, consumers and victims who report abusive posts, particularly any targeting children, that violate the website's own policies," said General Blumenthal.
The attorneys general say they respect a person's first amendment rights and the protections afforded to Internet Service Providers by federal law; however, the first amendment does not protect libelous comments. In their letter, they ask Tolles to contact them to respond to the concerns they have expressed.
"We hope that Topix will address our concerns in a constructive and positive way," said General Conway. "We were successful in working with social networking giants MySpace and Facebook and with Craigslist in making changes to their websites that benefit children. We hope Topix will respond in a similar manner."

Well, Tracy H. Has brought this to my attention just today about ripoffreport.com that's been on the web for quite a while.

Now, I don't know about the owners of the site but I know I've posted legitimate complaints on there. Anyway, the owners have had charges brought against them and Tracy H has provided us with a link so have a look and decide for yourself. I'll be avoiding them in the future and just stick with SiteJabber.

ClickOnDetroit is much like Click2Houston.com. They both use Disqus comment program. COD has some major problems with Trolls though. Namely, the Boji brothers. These two harass, impersonate and stalk other bloggers to various sites that use Disqus since they have a Disqus blog account on COD. It's not Disqus' fault though. ClickonDetroit refuses to do anything about these two. They have numerous alias profiles and names and it's COD's responsibility to handle the complaints and moderate the site but thus far, they haven't even responded to bloggers complaints nor gotten rid of these two that are behind this. They stir up trouble between bloggers just to watch the turmoil. In all fairness there are some good, friendly bloggers on the site but the trolls can and often are brutal. Enter this site as a blogger at your own risk, lol. COD, like Click2Houston aren't going to help at all.

Helpful (6)
Thank you
Sitejabber
“This is a wonderful website”

This is a wonderful website. We've needed something like this. Especially when websites refuse to respond to consumers and bloggers and just choose to ignore the problem, we can sure speak our minds here. I was very happy to find this site as I didn't even know how to begin to let people know about the various websites that we all see every day. SiteJabber is awesome!

Helpful (13)
Thank you
Click2Houston
“It used to be a really good site where you comment/blog...”

It used to be a really good site where you comment/blog with one another until they started closing most of the news stories to comments. The major stories you can't comment on anymore. They might only have 1 or 2 crap stories about insignificant b. S. for days at a time. We regulars on there have emailed complaint after complaint to them but they don't even bother responding nor are they doing anything to open up more stories. We've even complained to Managing Editor of the site, Lyn Stewart, who completely ignores us all. I wouldn't bother even reading their news stories anymore. Half the time the articles are hastily and poorly written anyway. They use Disqus for their comment program but Disqus can't do anything to help the situation. The only problem with Disqus is the automated moderating system won't let a lot of innocent comments through for some reason. In fact, one of the key words that will keep your comment from appearing is the word "never". Seriously, lol, it won't let the the word never through or links either. You have to write "never" as "ne ver" with a space so it will get through. When you do get the moderator pop up that says your comment must be approved by a moderator before posting, you will never see it posted. That's because it's the responsibility of click2houston to moderate their site and they NEVER approve it or even look at it so it isn't Disqus' fault, it's laziness or whatever on part of click2houston. They simply do not care about their bloggers at click2 at all. Myfoxhouston.com is better. The only reason we still try to comment on click2 is that we have regular blog buddies and that that we interact with. Now, the site is losing bloggers and it's getting ridiculously boring.

LilRebel hasn’t received any thanks yous.

Be warned I subscribed to supportsquad and all their contact numbers are now answered by...

I confirm, virustotal found the trojan. Exe. By the way, web-site name correlates with the name...