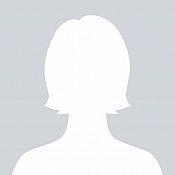 Storenvy
“STAY AWAY - SERIOUSLY!”
This was THE WORST experience. DO NOT ignore these bad reviews like I did. I should have listened to the warnings. I ordered what I thought would be the perfect dress for my wedding reception. It was suppose to be fitted on top and flowy on the bottom. For this reason to ensure it was fitted up top I ordered a size SMALLER. When it arrived... it was HUGE with no size tag attached so I had no idea what size I actually received. Also the sleeves were too short, and the train wayyyy too long unlike the photo. After immediately realizing how big it was I tried to contact the company. No response. So I then contacted the website they distribute through and they were able to get a hold of them for me. Which they then demanded photographic proof that the dress was too big. Which I thought was ridiculous. None the less I had the proof where they then responded and said they would send me another after I sent back this dress. I told them I did not want another because I did not believe I would actually receive one that would fit. They then responded with fine I could ship it back to CHINA. They supplied no return shipping slip and refuse to pay for the shipping which would have cost me $110.00 to ship it to China. Since requesting they pay the shipping they have just stopped answering all together. So now I'm out $300.

Liana hasn’t received any thanks yous.

Liana doesn’t have any fans yet.

Liana isn’t following anybody yet.

This person Leon Siber at the contact sibersshop@gmail.com is a total scam. I purchased a book...