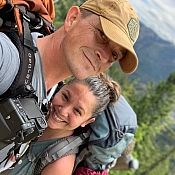 READ BEFORE YOU BUY! Back in the beginning of April I decided to buy a truck. I went in to 405 and found a low mile f160 only 50k on her. Looked straight and clean. Picked it up drove it home got home and I smelled oil so I looked and it was wet on the underside of the engine that and I could hear a tick almost like an exhaust leak. I called and they said it was prob residual from when they changed the oil pan gasket. But to bring it in and they will clean it off. So I drove it back in. Btw I live 35 miles away. They cleaned it off and told me the tick in the engine bay was reverb from the muffler and it needed to be replaced. No biggie I already bought a flow master for it anyway. I put the flow master in still had the tick. Still had the oil smell and wetness. It also had a vibration in the rear that that I originally thought it was the super cheap tires they put on it but that was also a first upgrade and the vibration was still there so I paid to take it to Ford for a second opinion. Turns out the oil pan was still leaking. As well as the rear main seal, valve cover and timing cover. The rear wheel is warped causing the vibration they said the engine tick was internal which I already suspected. Not only that but they said my rear brakes were going to need to be replaced soon yet the inspection 405 showed me stated my brakes were at 80% still. Luckily it had dealer warranty so I dropped it off to them only 2 weeks after I got the truck on my way to head for vacation. I called them later that week and they said they were going to fix the oil leaks but not the warped wheel. I asked about the tick and was told that their tech said it was the muffler. I said that's funny as I already replaced the muffler and ford says it is internal. They said oh I'll have them look at it again. A few weeks into them having my truck they say the tick was from a spark plug and I can pick up the truck Monday. Monday comes I call them and am told that the plug backed itself out again and that it is a bent valve and needed a new engine. I'll said the truck is low miles and I don't want a salvage or used engine. I was told not to worry they will get a remanufactered engine. So now they have had the truck for a month and a half. And am told I will have my truck in time for the holiday weekend. The day I am planning to pick it up I am told the new engine is leaking oil from the head gasket and they need to possibly warranty that engine. They put me in a little 2006 crv (I bought a truck for my kids and my dogs) I ended up having to fix the aux power jack in it for our trip as it didn't work since they said they had a vw suv for me to use but after driving half way there they told me it had issues and I couldn't use it. After a few weeks of taking the head off and verifying it was bad at a machine shop they end up sending the engine out for the replacement one. I told them I was over it and they needed to make it right so they ended up running my credit (which I never authorized or signed anything authoring them to do it) and they asked if I would be able to put money down on a different truck. Fast forward to them having my truck for 2 1/2 months. The new engine comes in. They have me in this giant Toyota truck like I said I have a family and dogs and needed a truck. The truck had popping and clanking ball joints which I eventually took back to them do to the unsafe nature of it. They get the new remanufactered engine installed and are trying to get it running smoothly. I said ok keep me posted. A few days later I call them (they never call back) I speak to someone working there to get an update and he had the attitude that I was annoying him. Mind you I have not once yelled at them. Not once lost my cool. I said to him I've waited 2 1/2 months so me calling every couple days for an update isn't a big deal. He said no but it slows us down. Pretty sure he isn't the one doing the work and that was a service advisor job to speak to customers. After being hung up on I drive in there and see the truck getting worked on and am told a few more days. That day comes and goes. Then I call again and am told the new engine has 2 cylinders with no compression so that remanufactered engine is also bad. So now there is supposed to be a new engine coming in. I am doubting they are truly remanufactered engines but actually from a salvage yard but time will tell when I get the truck and the paperwork and warranty on the engine they eventually put in. Oh ya. They have had the truck now for over 3 months and haven't heard anything in a couple weeks. I called and was told they would call me back but I'm not holding my breath. So moral of the story... Buyer beware! Almost forgot. Their detail job consists main of just a wash and vac. I had to shampoo my truck 3 times to get it clean on the inside.

Les hasn’t received any thanks yous.

Les doesn’t have any fans yet.

Les isn’t following anybody yet.

They are basically untruthful. On top of that, they do not response to email inquiry in general....