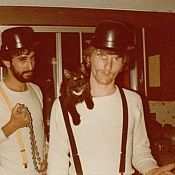 WSJ Wine
“Absolute Worse service of online vendors”
Where to start. I have never had worse service from any other online vendor at any time than I have had just this year from WSJ wines. An order I made at the beginning of August took eight weeks to get to me. I was promised each of the 9 times I called that it was just about to ship. When it didn't, the excuse was their transition to a new warehouse. Even after the transition, it still took a ridiculous additional amount of time to ship. Also, through all these delays, I never received a single email communicating to me if there was any trouble meeting the promised deadlines. They never communicate with the customer about an issue. You always have to call to find out what's going on. And they only ever offer a $20 discount for your troubles. Then, on November 4 I placed a new order & the website said it would be delivered between November 8-12. Of course, the website still said that on November 14. I called and after being told the excuse was one of my wine choices was out of stock and that it would take another week before shipping, I finally found my way to a supervisor. I laid out all the problems and all he could say was he apologize and that things would be different from now on. I canceled that existing order and, after being offered the $20 discount, placed a new order that day (Nov 14). The website promised delivery between Nov 22-24. On Nov 20, I receive a WSJ Wine email saying my order eas "shipping soon" & I would get it in "TWO TO THREE WEEKS" so now we're talking December. So much for things being better from now on. Needless to say, I will cancel this order and cancel my account. There are plenty of online wine vendors and all of them are better than WSJ Wines.

Helpful (2)
Thank you
YourMechanic
“Nice to have such an option for a car mechanic.”
The mechanic, Brian, did a very good job looking over the vehicle and providing his knowledge about trucks in particular. He pointed out 2-3 things I needed to be aware of ifI decided to purchase the truck. I had hoped he would have brought whatever tool is used to connect to the vehicle's computer to get readings on things like sensors, etc. Other than that, he did great.
Helpful (1)
Thank you

Les hasn’t received any thanks yous.

Les doesn’t have any fans yet.

Les isn’t following anybody yet.

Initially my experience was fine and I had no problem changing/skipping my delivery online. The...