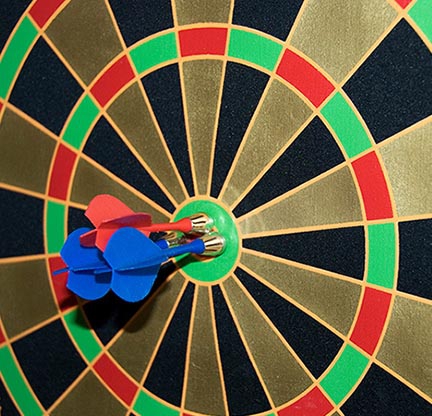 I finally got to talk to my mother yesterday after 1 try. I upped the rating to a 3 star for now. We'll see.

Complaint filed online to ratings and BBB? + Sitejabber.
This is basically what I've found happens with my mother in the home from my experience with Grand Oaks Nursing Home in Baldwin, Mi. Over the past year.

1. I have to re-call them 2-3 times just to talk to my mom because of this phone tag game they play almost everytime. After numerous phone calls, it's a miracle if you can get someone to transfer the call a lot or answer the main phone line. Transfers just keeps ringing. (Any time of daylight hours or day)
2. I called them again (after complaining to the Administrator last week) to talk to my mother who's (95) and was transferred 2 different times to nowhere and the 3rd time it just kept ringing. Then I tried again and let it ring and no one answered the phone at the reception desk after letting it ring for 5 mins. Each time, two times in 1/2 hour today at 6/7/20 around 2:30 pm. I couldn't talk to my mom 2 times this week because of this. "That's just the way they function" according to the conservator in charge of my Mother. Pathetic. One time I called the home and a patient answered the Home's phone from his room. He didn't know me and I didn't know him. At least he was a nice guy and I did get to talk to someone. Not a joke. Again, pathetic.
3. After talking to the Administrator in charge last week, she said this would all be taken care of since I've had nothing but problems with their miscommunications or no communications. It actually got worse since that call and now they don't even bother to pick up the phone when I called after trying to talk to my mother today 6/7. Pathetic.
4. They allowed my sister to actually burst down the halls (after being banned for other reasons) (in their words), past everyone and then found her on top of my Mom, doing unspeakable things in the bed in her room. 'They say' that they, had to break in the room and physically remove her from the building and then Police came to usher my sister out. (Male Admin then 2019) (No charges filed as far as I know.) My sister tells my mom (sneaks calls with the aid of someone in the home) that the conservator did it to her but the Home said they have witnesses. (2 nurses and 1 admin). I know, because I found out later that day when I went to visit. My sister was supposed to be banned from even calling. I feel The Grand Oaks Facility in Baldwin should be investigated for allowing this to happen and who knows what else.
5. Care seems to be ok but who knows what's really going on in there during this Covid19 crisis. I have not been able to visit, because of Covid19 shutdown and have rarely talked to my mom because they either won't or don't answer their phones. Some of them don't even know where my mother's room is half the time. My sister was banned from calling or visiting the home after she broke so many rules and they filed NO charges against her as far as I know. They even let her start calling and lying to my mother again which I found out, that, they say, has been stopped. Who knows? Pathetic! My suggestion to those who are thinking about putting their family member in this place should think about what has been mentioned and make sure you have them set up with a cell phone to keep with them or in their room. This cannot be done for obvious reasons with my mother.
6. After all this, someone began to let my banned sister to continue to sneak calls, with aid of patients and a nurse (or so called friend of sister) or nurses, according to my mother's conservator. Allowing my sister's calls and lies, only creates chaos by telling her she's going to get her out of there and will take her back to my mother's house which is unsafe. I've been told she is not allowed on the property or to visit our mother because she just makes things worse by lying to her. That probably isn't sorted out yet either. They couldn't keep anything straight. Incompetence and defying policy is what's happening in there.
7. They are on their 2nd Administrator within a year since my mother was admitted around Aug. 2019. I've been told a few times I couldn't talk to her which I finally got straightened out as far as I know because of my sisters same last name. It sure would be nice to know if your family member is really OK. My sister should have NOTHING to do with me calling our mother. I hope this has not happened to others in the home. I'm a laid back person and it takes a lot to make me angry. I'm now angry and will not stop pursuing this until it is fixed. This is truth supported by evidence and witnesses, and court hearings. Maybe someone will finally contact me and/or get this fixed, maybe not.
This is basically what I've found happens in the home from my experience with Grand Oaks Nursing Home in Baldwin.
Grand Oaks | The Peplinski Group, Inc.

Too long to write it all here. So, accident happens, no contact phone at night from the numbers on my policy and insurance card. Had to use my own New car towing and service. If I didn't have that my wife would have been stranded even more hours at night alone in freezing temps as we had to consider calling police if we couldn't get anyone. Next day the uniformed agent tells me I can't get towed to my dealer and that's my policy. After calling my own agent in town they finally got it straitened out after as much BS as anyone could deal with. They're lucky they didn't get sued or something bad happen to my wife. In the end, a $3,000 undercarriage damage was repaired but then they jacked up my perfect record auto insurance by almost double. Why ever bother with insurance if I end up paying for it all and now have outrageous monthly payments. What a legal ripoff. Now they will end up with more money while I now basically cover the cost of what the their insurance covered but they get fully reimbursed + more at the end of each year. I don't think so! Will be dropping them as soon as I find a more reputable company. I really wish I could write more positive reviews but it seems like business today is ALL about money and NO service or poor service at best.

Helpful (0)
Thank you
Advancedsystemcare.com
“Beware of the support scams!”

I've been using this product for a few years and now have had some security issues which have led to my losing my admin privileges to my own computer. I tried contacting them and twice their support guys tried to sell me other products and services to fix my computer at the tune of $400 to $1000. When you call the Tech lines (2) different ones, you'll be taken thousands of miles away (Spain/India) (I'm in the U.S.) The phone # redirects 3 times before you get to wait a long time for a person. Beware, they told me this product was totally junk and I should purchase their software and a service plan for $499. When I said no, I tried to disconnect and they got even more aggressive.

Helpful (2)
Thank you
Norton
“Nothing but problems”

I've used Norton for years but since they included Life Lock and VPN I've had many problems and the support is the pits. It's bad when you know more than the guy they call a tech who really can't fix anything without software. The VPN keeps shutting off at the worst time possible and you never know when it will happen. I'm done with this software that has me virtually locked out of my admin account probably due to allowing a hack or malware in. I use a lot of security and spyware detection and frequent scans. Their fix was to blame it on my ip service and tell them to unblock ports 500 + 4500. That is a router issue that hasn't had a problem. Mostly they won't listen because they appear to not understand or know how to fix any other problems caused by the faulty software program they promote. Techs these days are usually thousands of miles away and I can hardly decipher their accents. They said I should call a repairman for the final solution. What a joke! Norton techs had remote access and when they were done I had to reinstall my keyboard driver libraries and ALL my security software. Beware, the software used to be trouble free but not anymore. I'd appreciate it if someone could suggest a better VPN and virus program, I've tried a few. Thanks.

Helpful (0)
Thank you
Advancedsystemrepair.com
“Beware in your e-mail from them”

I have been getting a lot of spam from this company telling me that they have my account (which I don't have after searching my computer) on hold and needs to be renewed by paying them money now if I want to continue using their software. This has been going on for over a year so I wrote them a letter about the extortion style of advertising. The weird part is when my real security software is due to be renewed, this company sends me renewal e-mails which look very much like it's from the real company I use. I told them to provide proof that I bought their software and have been using it. They wanted me to go to a paypal account or the account they say I have, but I have not given them money or installed their software. I told them to do their own work and send me the PROOF. They wanted me to provide the numbered account which would be impossible since I don't have one. So far, nothing. Beware.

Leo hasn’t received any thanks yous.

Leo doesn’t have any fans yet.

Leo isn’t following anybody yet.

Norton 360 with lifelock. Forget about it. No VPN and who knows what else doesn't work right. I'm...

In a way it pains me to rate this service so low, as I have had good service from them for a long...