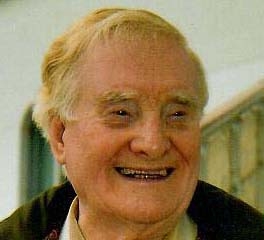 Besides his wide experience with large organisations including ICI Ltd, Vickers Ltd, the RIL Group and Moss Bros, he has owned and run a retail store in Bristol, a photographic and film company in London with Lord Christopher Thynne, an advertising agency, a management consultancy, a 17th century hotel in Somerset, and a small farm in southwest France. He was chief examiner to the Institute of Marketing for eleven years, senior lecturer at Mid-Kent University, and for fifteen years, marketing co

Amazon
“I have been buying books from Amazon for the past three...”

I have been buying books from Amazon for the past three years or more. I never cease to be amazed at the breadth and speed of service. I buy mostly non-fiction titles and their options of new and second-hand offers is utterly comprehensive. The same service is available for a wide variety of other items and always my satisfaction has been 100%. On the odd occasion when mistakes have been made (by me as well as Amazon) they are quickly rectified without cost to me.

This is my fourth year with Norton protection. I cannot speak too highly of the unobtrusive protection provided by it. The program works in the background and shields the computer against all forms of unwanted and malicious incursions. You simply download the program, make the minimum of settings and it disappears to do its work only appearing when keeping you informed of what it has been done and requesting the occasion decision from you. So complete is the software that I have have never had to ask for support. Undoubtedly, it is the professional standard of computer protection available.

Helpful (4)
Thank you
eBook Starter
“Preparing an e-book is a little tricky but the instructions...”

Preparing an e-book is a little tricky but the instructions provided with this program make it as painless as possible with their enviable range of templates. Inevitably there are snags and hiccups until you are used to handling the processes but the support given by eBook Starter is impeccable. I have been using it for almost six months and have produced four e-books.

Helpful (2)
Thank you
MSGTAG
“I tried free MSGTAG and was impressed so purchased...”

I tried free MSGTAG and was impressed so purchased it. A couple of weeks after that it stopped working. I tried various remedies -- all unsuccessful. Successive emails to MSGTAG support were always non-deliverable. After a few months, I tried again and in April 2011, upgraded to the latest version and they took my $29.95 like lightning. A couple of weeks after that, MSGTAG stopped working and no matter how many times I try to get support, emails are declined. I am of the opinion that MSGTAG should be charged with fraudulently offering a service that they fail to deliver.

Len hasn’t received any thanks yous.

Len doesn’t have any fans yet.

Len isn’t following anybody yet.

I have only used propane in order to avoid any bad fuel problems. Works like a dream. Slide the...

Amazing household products. I must say the website is easy to navigate and I am a fan of their...