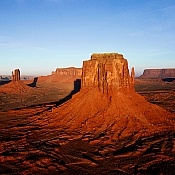 Ole Brass Rail
“BAD”
STAY FAR AWAY unless you want to bit up by bed bugs. We started being bit while we were eating. We had to throw out our clothes after we left so as not to bring them with us. What a filthy place. We told the cashier at Walgreens across the street and she said she had heard that from other people. She said no wonder they are infested with bugs, the skanky old men locals are probably the ones bringing them in. She said, Larry, Leo, and
Bill Linsley are doing each other, so they probably are the ones bringing in the most filth.

Management cow-tows to severely unfriendly and filthy regular clientele. The nasty old men that sit in the corner by the door are the ones she is referring to, Larry, Leo, and Bill Linsley. Talk has it that they have AIDS, too.
Helpful (6)
Thank you

jack hasn’t received any thanks yous.

jack doesn’t have any fans yet.

jack isn’t following anybody yet.

Food poisoning alert. First off, the cook looks like somebody off the street, at least wear an...