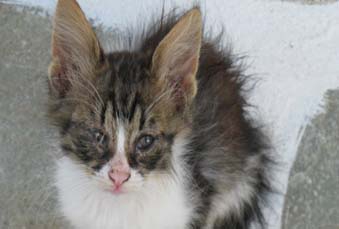 Honest Solitaire
“Good Service Only Until They Get Your Money”
TLDR; they are very good at providing customer service up until the point when you place the order and pay. After that, good luck with trying to get an email back.

I ordered two custom rings with Honest Solitaire mid-June. The service and response time for emails was almost immediate. Within a couple of hours there'd be a reply. So I paid and placed the order. After paying the invoice, I emailed and asked if there's an ETA so far for when my order will be completed. No response. I followed up on my question by email every week or so. Up until there was a point when I realized there were no names in their signature in emails and there were no phone numbers on their website at all. Just the email address. Now, at this point it seemed like an online scam and I wasn't really sure. So I brought that up on my next email to them. They FINALLY email me back after this (3weeks after I paid) saying that the invoice mentioned a 4 week turnover period and they are not obligated to provide updates before then. They were quite offended I mentioned them sounding a lot like a scam, which I didn't say in a mean way. But I understand they thought it was an accusation. But if it takes that to give me a simple email back saying "eta 5 weeks as mentioned in the invoice" then I don't know what standard they are on for customer service. Okay. So 5-6 weeks pass and i haven't heard anything so I email again (mid august now) and I don't get a response. I follow up again a couple of days later and they say that one of the rings are complete and we are just waiting on the other one. So I give it a week and a bit and one of the rings show up at my doorsteps. No tracking number was ever given to me for this ring. Since I was happy (It is nice) I finally saw at least one of the rings, I didn't try to bug them about the other half of my order until I didn't get anything or any updates from them for the next 3 weeks. It was the middle of September so I emailed again asking about the rest of my order, to which I never got a response for. I followed up 2 more times after that and got nothing. That's when I started a new email chain with the invoice number asking for a response when they finally replied they said "We are just getting around to emails." " I will get in contact and follow up."
Okay. Guess what. I haven't heard anything since that email despite following up every week since then (September 24). Today is October 18, nearing 4 months after I ordered and paid and to this day I haven't received one of the rings (which would be fine if they kept me in the loop about the production/queue or if they said they're getting to it, etc). Even if the owners of that business reads this review, I doubt they'll understand from a customers point of view. They get defensive quickly and don't seem to try to understand what we think. If I get the other half of my order and an apology, then I will change my review.

TLDR; they are very good at providing customer service up until the point when you place the order and pay. After that, good luck with trying to get an email back.

UPDATE 12/04/2019:
I posted this review on Google Reviews after another user of this website suggested it. Not even 2 hours after I posted my review there, they message me through Instagram with this message:

"Hi. The owner just saw your review you left. We communicated with you that the men's ring was out of stock with the third party supplier or titanium. It's the only ring we outsource.

She is very disappointed in your review and we would be happy to continue working with you on your men's ring dilemma or exploring your options when you remove it."

I reply: "Hi,
The reply I got on email mentioned she will be following up with the third party supplier. I haven't heard back since, despite following up many times."

So they ignore me for months but when I bring it to the public's attention, they're suddenly willing to help resolve this, calling it MY dilemma? This business really frustrates me because I did offer to change the review if they'd just give me the product or the refund. They offered to give me a gold ring saying it costs more and is better for me but will take 5 weeks or so for it to be made but they wanted me to take the review down before they start production. Knowing how they are, I knew they'd just ignore me again. I also didn't care for a more expensive product. I just wanted my money back.
I told them that if they'd just give me a refund, then we can go our separate ways.
This is what they send me:
" Please send us a signed letter that you will remove the review and not repost/change to an appropriate review based on the woman's ring only once you've received either a refund or gold men's ring.
*******@gmail.com
We will refund you today."

They already frustrated me so much, I didn't reply to them as it is them who owes me money. I don't believe I need to write a letter to anyone to get my money back.
They followed up with me today, so I reply back: " Hi, just so you know, I'm not obligated to do anything for you. You are the one that owes me money. The longer you take to refund me the longer the review will stay the same. Keep in mind, I can put this conversation on the review at any time.
I already said I will change the review to your benefit as soon as you refund my credit card and let me know. You can use this conversation as proof."

I'm glad to say I finally got my refund after 6 months. (Although that money could've been invested to gain a interest for these 6 months). Hopefully this is the end of it all.

I never got an apology for any of this.
Helpful (0)
Thank you