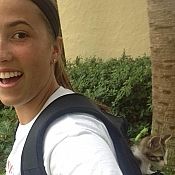 BikesDirect
“Great customer service”
So I bought bike late one night. Rent and tuition are due at the beginning of September. I made a grave mistake that night. Next morning I got an email saying my bike has been shipped. Oh boy what have I done?? Emailed the company, I got a fast response from Karla where they refunded my order. She was very polite. A $500 2019 bike that I have been wanting for years is an incredible deal. I've read some people has some issues with parts on their bike. The bike I was looking at is at least $500 cheaper than any bike of the same type that I have found, even of Craigslist. I really do not care if I have to buy some parts because its still significantly cheaper than anything else I have found. Will buy it once I have the money in a couple months.
Helpful (0)
Thank you

My bike came with a few parts missing. I emailed their customer service with pictures, and they...